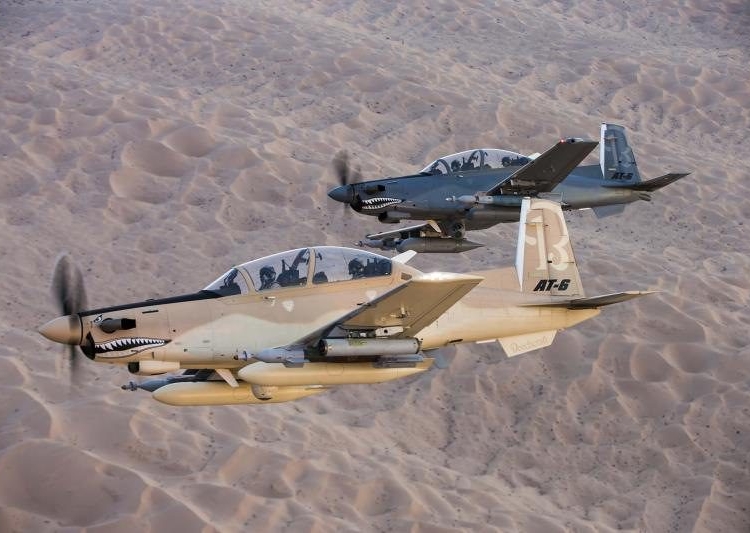 Tunisia can now proceed with its plans to procure four AT-6C Wolverine light attack aircraft from the United States after its request for a possible military sale was recently approved.

The US Defence Security Cooperation Agency (DSCA) notified Congress of the possible sale on 25 February.

“The proposed sale will improve Tunisia’s ability to meet current and future threats by increasing their capability and capacity to counter-terrorism and other violent extremist organization threats. The AT-6 platform will bolster their capability to respond to and engage threats in multiple areas across the country. Additionally, the procurement of the AT-6 aircraft strengthens interoperability between Tunisia, regional allies, and the United States,” the DSCA said.

The DSCA subsequently notified Congress about the request on 10 October 2019, citing that Textron Aviation Defence would be the primary contractor. However, the sale appears to have stalled due to lack of funding.

The incoming AT-6C Wolverine advanced attack and trainer aircraft will be used to train new pilots as well as to support the ongoing counter-terror and border security operations in Tunisia.