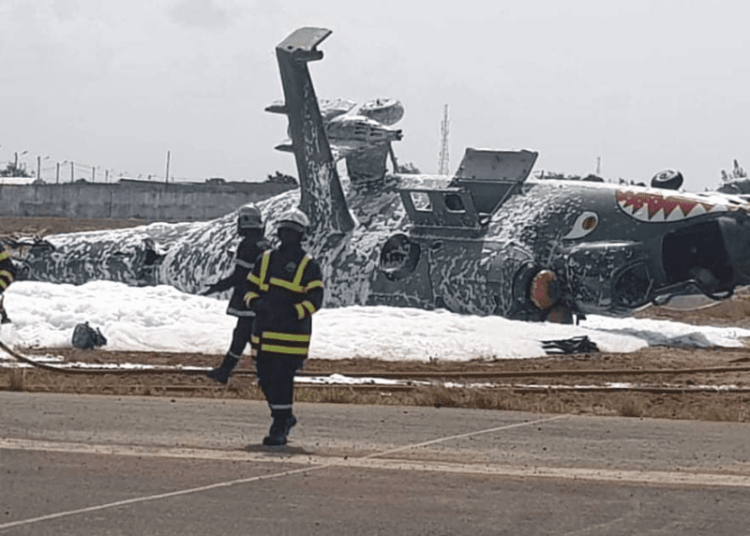 According to local sources, the Mi-24 helicopter took off around 09:45 hours local time from the Felix Houphouet Boigny international airport and crashed near the airport. Both pilots suffered minor injuries but they left the strikened the helicopter by themselves.

The Mi-24 assault gunship was assigned to the Escadrille de Chasse (attack squadron) based at Base Aérienne de Abidjan/Port Bouet.

In 2017, Air Force of Ivory Coast received three Mi-24 attack helicopters from Russia, to replace those lost in a French military attack.

On 6 November 2004, the then French President Jacques Chirac ordered the destruction of the Ivorian air force and the seizure of Yamoussoukro airport, the country’s main airport following an attack that killed nine French soldiers and wounding 31 others.

This recent helicopter crash comes after another crashing 27 November 2019, where an Mi-24D serial TU-VHR was destroyed after a collision between the helicopter and an Mi-17 serial TU-VHM that was parked on the ground at Katiola (Ivory Coast).