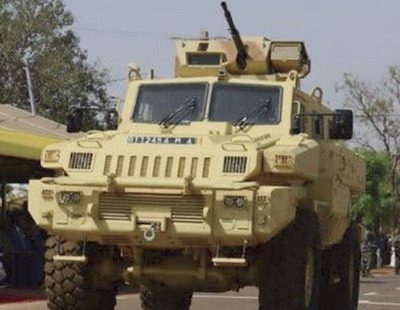 The Malian Army is now operating an unknown number of the Paramount Marauder Mine Resistant and Ambush Protected Vehicle (MRAP).

According to photographs taken during the country’s 59th-anniversary parade held at the Kati military camp on 20 January, at least four Paramount Marauder vehicles were seen.

The Marauders were participating in the parade were all fitted with a 14.5 mm gun turret, which was seen fitted to Paramount’s Mbombe 4 armored vehicle in 2016.

For some time now, the Malian armed forces which is the epicentre for islamic extremist activitise, have been receiving a large plethora of armored vehicles from different sources, most of the vehicles were donations.