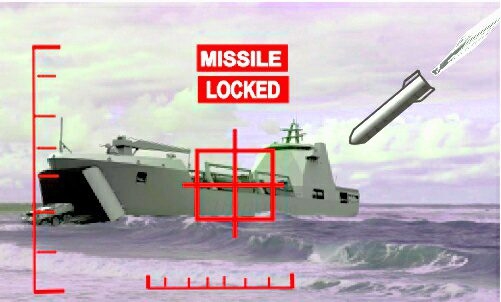 For a long time, the Gulf of Guinea has been known as a hot-spot for various maritime insecurities. Vices like piracy, kidnapping for ransom and sea robbery were regularly reported. This particular area was even classified as the most volatile area for shipping in the world.

The International Maritime Bureau (imb) reports 72 attacks last year on vessels at sea between Ivory Coast and Cameroon—up from 28 in 2014. This year so far it has recorded 30.

It is expected that maritime crime will remain a constant feature in the Gulf of Guinea for the foreseeable future, the overall procurement trend and countermeasures by affected nations suggests that the impact and numbers and severity of incidents are no longer increasing and even declining.

On November 2019, Senegal placed an order for three 62 meters Offshore Patrol Vessels (OPV) from French shipbuilder PIRIOU. The vessels which are the OPV 58 S, a missile armed patrol vessel dedicated to surveillance, identification and intervention missions.

While its performance is quite impressive, its armaments load out is even better. The weapons suite of the OPV 58 S consist of; a 76mm main gun by Leonardo, four SIMBAD-RC surface to air missiles, four 12.7mm manned machine guns, two Nexter 20mm remote weapon stations and four Marte MK2/N anti-ship missiles placed forward of the ship.

Naval Group will supply the POLARIS combat management system. The most significant weapon aboard the Senegalese Navy’s OPV 58 S warship is the Marte MK2/N anti-ship missile.

It was designed to be deployed a in low-intensity naval warfare operations, to destroy a number of high-value and fast maneuvering targets at medium ranges in all weather conditions.

It incorporates state-of-the-art digital technology, and its sea-skimming capability allows it to escape from enemy air defences. Also, it is fitted with a semi-armour piercing high-explosive (HE) warhead, equipped with impact and proximity fuses, which offers high probability of kill against an enemy vessel.

As a fire-and-forget anti-ship missile, it uses a combination of mid-course inertial guidance and active radar homing for guidance and navigation. The surface search/navigation radars aboard the launch warship perform initial target designation and tracking before the launch of the missile.

After launch, the nose-mounted active radio frequency (RF) seeker acquires the target coordinates from the surface search/navigation radars and allows the missile to fly autonomously towards the target through a number of way-points. An inertial guidance system is used to provide guidance and control for the missile during its mid-course phase of engagement.

The active radar homing method is employed to track targets autonomously during the terminal phase of flight. Furthermore, target designation for the missile can also be provided by electro-optic (EO) sensors and electronic surveillance measures (ESM) either mounted on the launch vessel or from other platforms through a data link.

Shifting Naval Balance of Power in the Gulf of Guinea

Although, these exotic capability would make headlines anytime but still, it’s necessity is questionable since it does not currently solve any real need in the security architecture of the Gulf of Guinea. In fact, the current security reality in the Gulf of Guinea calls for a different class of ships; small, nimble and lightly armed.

More so, with the only conventional threat coming from a possible French naval interference near Senegal’s shores but then again, owing to the improved relations between France and West Africa in recent times, this threat has somewhat diminished.

With this singular acquisition, the naval balance of power have clearly shifted westward.

Nigeria which has traditionally held sway in this region has gradually lost all its sea dominance warships following years of atrophy. The once powerful Nigerian Navy has morphed into a Green Water Navy in response to the piracy crises in the Gulf of Guinea.

One of the victims of Nigeria’s naval capability downsizing is the loss of NNS Aradu, a MEKO 360 class vessel which was the most powerful warship in Africa during its operational years. The NNS Aradu was capable of being armed with a wide range of armaments including anti-ship and anti-air missiles, anti-submarine torpedoes and rockets, as well as powerful naval guns.

With the trend in recent Nigeria’s naval acquisitions moving towards smaller littoral vessels, it appears that the Nigerian Navy is foregoing its traditional power projection capability for regional security and defence.

These two Chinese OPVs, alongside the two Hamilton class vessels represent the most potent surface assets available to the Nigerian Navy, despite their lack of potent armament.

In terms of quantity, the Nigerian Navy is still unmatched in the region however, despite this, there is a large disproportionate ratio of firepower/number of ships. With more ships, less firepower.

As global security uncertainty becomes more pronounced especially in the maritime domain, Nigerian political elites are now slowly reawakening to the strategic importance of having a combat capable naval structure in place; primed and ready.

Recent Nigeria’s mid- and long-term acquisition plans aims to fill some of these capability gaps. For instance, Nigeria has finalized plans to procure a general-purpose frigate valued at $350 million, a long-endurance Offshore Patrol Vessel (OPV) valued at $120 million, a medium-endurance OPV estimated at $60 million, a landing platform dock (LPD) ship worth $350 million and a landing ship-tank valued $90 million.

Several other assets includes a submarine worth $300 million, a Seaward Defence Boat (SDB) worth $10 million and a specialized naval security helicopter at an estimated cost of $25 million. The keel for a Damen LST-100 class landing ship for amphibious operations and force projection has been subsequently laid.

For now, these new equipment would help fully secure the Gulf of Guinea against piracy, armed robbery at sea, crude oil theft and illegal bunkering, poaching, smuggling, vandalism, kidnapping, proliferation of small arms, illegal waste dumping and oil pollution which is the current threat the region is facing, and that is good enough.