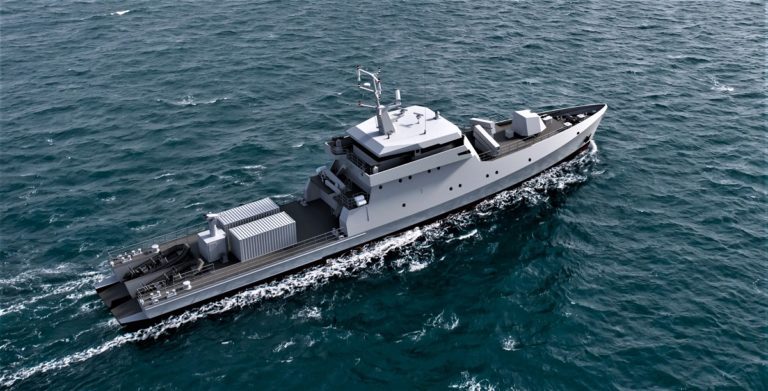 The vessels which are the OPV 58 S, a missile armed patrol vessel dedicated to surveillance, identification and intervention missions.

Other innovative features of the OPV 58 S is its large 360 ° panoramic bridge, a rapid launch and recovery system at the stern for two RHIBs and a C-Sharp hull form providing optimized range and sea-keeping.

While its performance is quite impressive, its armaments load out is even better.

Due to an increased maritime security challenges in the Gulf of Guinea, the Senegalese Navy is upping its ante to counter illicit maritime activity.

Senegal is also set to host the Africa Maritime Security Forum which will reveal Senegal’s impressive naval base and fleet capabilities to the international community as well as their commitment to international navy cooperation.

Furthermore, the Senegalese Navy on April 2019, ordered two RPB 33 patrol boats from Raidco Marine, both patrol boats are currently being built at the UFAST Shipyard.

US training for Moroccan Apache pilots