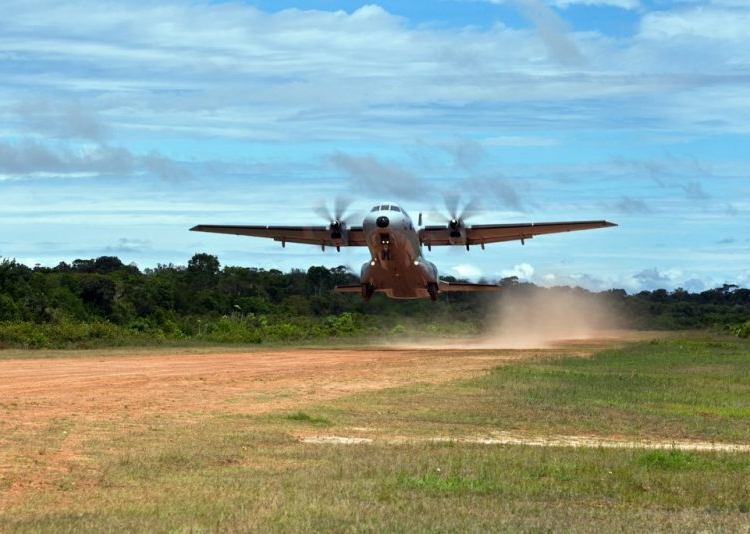 The military of Burkina Faso has placed an order for one C-295W tactical transport aircraft from Airbus as part of the country’s 2018-2022 Military Acquisition Law . Air bus confirmed this order during an announcement on 11 December.

Burkina Faso’s Parliament approved the budget to procure this aircraft in 2017, in a budget of FCFA725 billion ($1.2 billion) to reform and re-equip the nation’s armed forces.

The Airbus C295 is a new generation tactical airlifter, it is robust and reliable but also highly versatile inwith a wide range of different missions it can perform. It can also conducts multi-role operations worldwide under all weather conditions.

Previously produced by Construcciones Aeronáuticas SA (CASA, a Spanish aircraft manufacturer that is now part of Airbus Defence and Space), the C295’s production takes place at Airbus’ facility in Spain. The aircraft has received orders from military and civil operators all over the world, from Canada and Egypt to Spain and Indonesia.

Bernhard Brenner, Head of Marketing and Sales for Airbus Defence and Space, said: “We are very proud to see that with Algeria, Egypt, Ghana, Mali, Ivory Coast and now Burkina Faso, the C295 is becoming the 21st Century’s standard tactical airlifter in Africa, with 36 aircraft operating in the region.”

Procuring the C-295W will revitalize the moribund transport capability of the country which is currently limited to a second-hand PTDI NC235-220 aircraft that has not been operable for several years.

Last year, three Embraer EMB-314 Super Tucanos which was delivered to the FABF in 2011, were used in a counter-terror attack, this is the first time that the Burkina Faso’s Armed Forces General Staff (EMGA) has officially acknowledged the use of offensive air power in military operations.