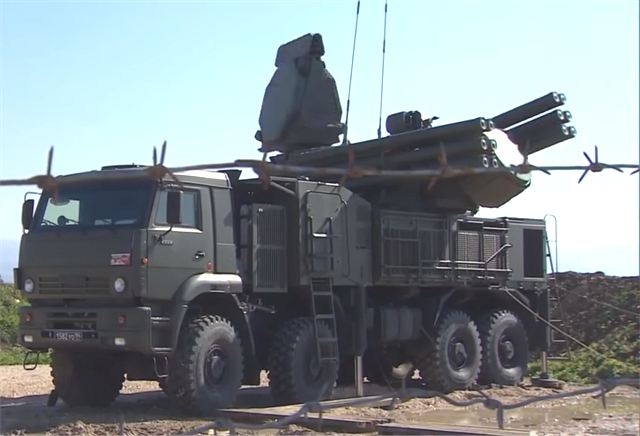 The Ethiopian military is now operating at least one Russian made Pantsir S1 short range surface to air missile defense system, a video footage revealed. The Pantsir S1 SAM was displayed during an Ethiopian Defense Day celebration held at the Bishofu airbase in February.

The video footage revealed an improved Pantsyr-S1 with the bi-directional phased array search radar: a variant that was first exported to Algeria in 2010–12. An older S-125 air defence system and ‘Spoon Rest’ and ‘Tin Shield’ surveillance radars – all of which were previously known to be in Ethiopian service – were also displayed during the event.