The Role of Ghana in US Security Interests in Africa 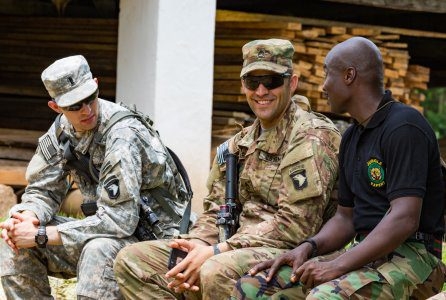 The Insecurity occurring in Africa’s Sahel is proving to be a major security concern not only for African nations but also for the Western Powers as well.

The investigations that were launched by the Pentagon after the incident revealed glaring holes in several areas of mission planning such as command and control communications between missions and Headquarters, lack of reserve forces needed to address an urgent need this includes; air power.

During this timeframe it was announced that the United States had reached a deal with Ghana in an effort to address some of these concerns that if unaddressed would hinder any emergency deployment of US Personnel to the region. Tensions in the region made this move a necessity.

The SOFA (Status of Forces Agreement) signed in 2018 would give access to the US to the national Radio Spectrum of Ghana. One area of concern to the main Opposition Party the National Democratic Congress objects to is the provision that will allow the US to build a military facility if needed.

The NDC has stated that if it gains power in the next elections it will withdraw from this compact in 2020. However when it held power it signed similar agreements in 1998 and in 2015.

The US and Ghana have had close Military ties since Ghana gained its Independence in 1961. Just recently AFRICOM held a Military Intelligence Conference for its partners in North and West Africa as well as four key NATO allies as well.

This conference could not be held at a more interesting time due to regional events. It is now assumed that radicalized fighters are believed to have a presence not only in Mali, Burkina Faso and Niger but also reportedly in Ghana, Togo and Benin.

By appearances and events that have occurred over the last couple of years Ghana appears now to be a very vital country in not only the security and stablity of the Sahel but also along the Gulf of Guinea. This is a relationship that will be watched and not just for the upcoming elections.