Libya: why Berlin Conference may not resolve crises 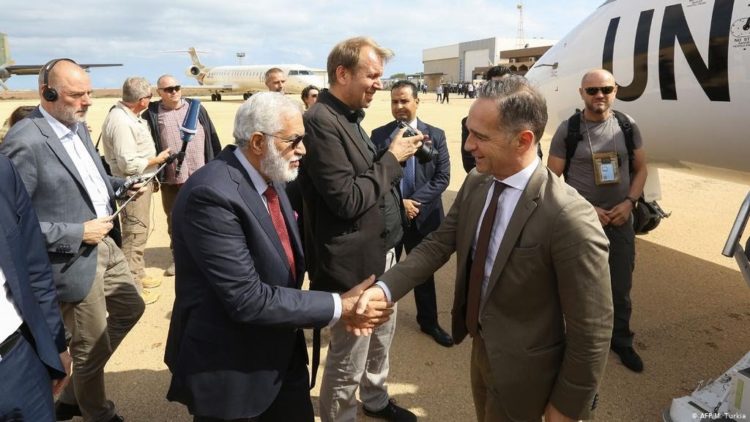 The German ambassador to Libya, Oliver Owcza announced on his Twitter in early September that his country intends to hold a meaningful international conference before the end of this fall in Berlin, to resolve the Libyan crisis.

However, as precedent has shown, previous international meetings have not yielded the desired results and only served as a tool for the foreign countries to achieve their own interests.

So the question arises: is there any point in Berlin conference?

After the fall of Muammar Gaddafi in 2011, Germany seemed not to pay close attention to the situation in the libya and has been seeking to maintain equal distance from the conflicting parties.

The UN special envoy to Libya, Ghassan Salame, said Germany appears neutral in comparison with France and Italy, which are competing for influence and have their own interests in Libya’s gas and oil production.

Perhaps this is the reason why many analysts believes that the Berlin conference is likely to succeed, in spite of the fact that previous meetings in Paris, Palermo and Abu Dhabi failed to break the political deadlock.

In addition, according to German officials, Germany does not intend to focus on elections, a thorny issue for Libya, but will give top priority to two practical tasks.

One, is to resume peaceful dialogue, while the second one is to force all parties to abide by the UN arms embargo.

However, the Berlin conference is also likely to stumble, primarily because it has not made any specific proposals in order to reconsider the current status quo that is stemming from the out-dated Libyan political agreement (LPA).

In a document known as the “Skhirat Agreement,” which was signed under the auspices of the United Nations in the city of Skhirat, Morocco, in 2015.

The Skhirat Agreement was aimed to create the legal basis for the Government of National Accord. In fact, the LPA legitimized the dominant role of Islamist forces, that came to power immediately after the ousting of Muammar Gaddafi.

Thus, those who were fighting the former regime were able to legally settle their status and appoint their representatives to the government bodies, based on the extent of their contribution to the elimination of the Libyan Jamahirya.

In this regard, a prominent example is the Libyan coastal city of Misurata, some 120 km east of Tripoli. It is believed that Misurata native GNA Deputy Prime Minister Ahmed Maiteeq represents a guardian of his city’s interests at the state level.

Additionally, Fathi Bashaga, who is also from Misurata, was appointed interior minister last October in the unity government.

Moreover, according to the Skhirat agreement, GNA headed by Prime Minister Fayez Sarraj has been granted full control over the export of natural resources and preparation of the State budget.

As a result, the Tripoli-based government abused its power and unequally distributed Libya’s budget among the three regions of the country – more than 60% to Tripolitania and the rest to Cyrenaica and Fezzan.

Four years after the signing of the Skhirat Agreement, the balance of political forces in Libya has changed significantly. The southeast of Libya witnessed the rise of Marshal Khalifa Haftar, commander of the Libyan National Army.

As of now, Haftar is viewed as the most influential political figure in Libya as his forces remain in control of more than 80% of national territory.

In the changing environment, the Skhirat Agreement should have been reformed to bring the document into line with the reality of today’s Libya.

But it has not. Unsurprisingly, financial discrimination against Cyrenaica and Fezzan resulted in social resentment and resistance from local authorities, which in fact were disobeying Tripoli’s government.

And it’s not surprising this led the southeastern Libya forces under the command of Khalifa Haftar to launch the military operation in order to regain control of the capital Tripoli.

The fact that the city has been long suffering under the armed militias’ rule was also instrumental to launch this campaign.

The Libya Observer reported that the GNA set out a number of conditions that Germany would have to meet to secure the participation of Tripoli’s delegation in the Berlin conference.

Among these conditions were that Germany should renew commitment to the Libyan Political Agreement and halt all contacts with parallel authorities in the country’s east.

In this context, Sarraj’s government seems not to intend to settle the long-lasting crisis in the country, seeking to continue its dominance over the two other regions.

It is evident that this approach, which is still pursued by the GNA, not only make it pointless to convene the Berlin conference, but also pushes the Libyan National Army to continue the military campaign in Tripoli to try to restore justice to the majority of the Libyan people.