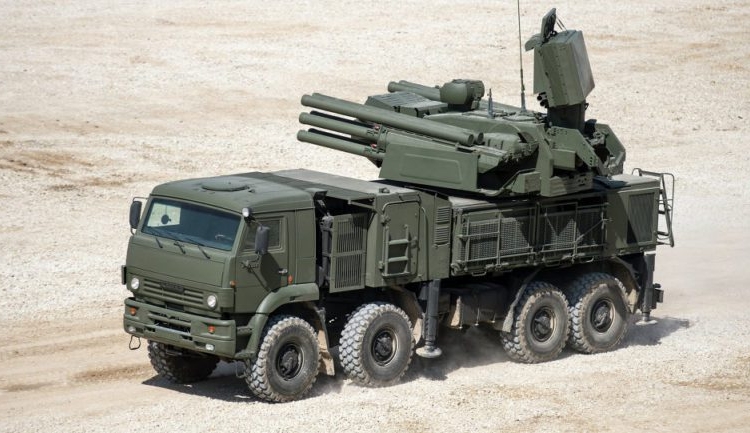 Interest in acquiring the Pantsir-S1 was revealed by Cameroonian ambassador to Russia Mahamat Puba Salé.

According to Russian media outlet Sputnik, Mahamat Puba appreciated the high quality of Russian military equipment, expressing the hope that Yaounde would begin to acquire it from Moscow.

Mahamat Puba Salé, also disclosed that Cameroon is interested in procuring armoured vehicles and transport and combat helicopters to fight against Boko Haram.

Many countries of the world buy Russian weapons. In this regard, Rosoboronexport is doing a lot, RIA Novosti quoted him as saying.

The Pantsir-S1 range of air Defence systems is gradually finding use in many African nations. The system is equipped with twelve 57E6 or 9M335 missiles in addition to the two 30mm 2A38M automatic anti-air cannon, and can engage up to four targets simultaneously.

In Algeria, a Pantsir SM system could be seen in the  background of a video conducting a live fire exercise during Sakhr 2018.

Earlier this year, a Pantsir S1 SAM was displayed during an Ethiopian Defense Day celebration held at the Bishofu airbase in February.

More recently, the Pantsir S1 has purportedly been supplied to forces fighting in Libya. The system has been credited with multiple GNA aircraft shootdowns.