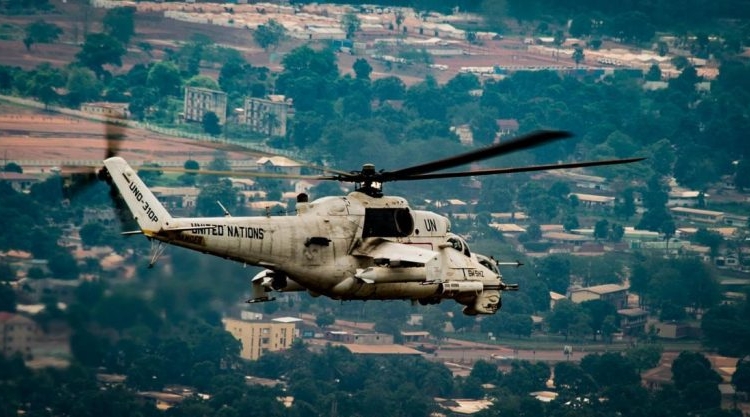 A Senegalese Air Force Mil Mi-35 assault helicopter performing a MINUSCA mission, crashed when landing. There are three fatalities and one crew member was injured.

According to MINUSCA chief Mankeur Ndiaye wrote in a tweet, the Russian-made Mil Mi-35 helicopter belonging to the Senegalese Air Force crashed during landing in Bouar.

Not much is known regarding the cause of the crash, however, the Director of Information and Public Relations of Senegal’s Armed Forces Colonel Abdoul Ndiaye said that the helicopter was returning from an operational mission.

In 2013, fighting broke out between the Seleka, a coalition of mainly Muslim rebel groups, and the mainly Christian anti-balaka militia.

Although, a peace deal was signed in January 2013, but Seleka rebels captured the capital Bangui that March and ousted President Francois Bozize.

By the end of 2014, the country splintered along ethic lines, anti-balaka in the southwest and ex-Seleka in the northeast.

Since then, MINUSCA has deployed more than 12000 uniformed personnel to Central African Republic in order to restore stability.