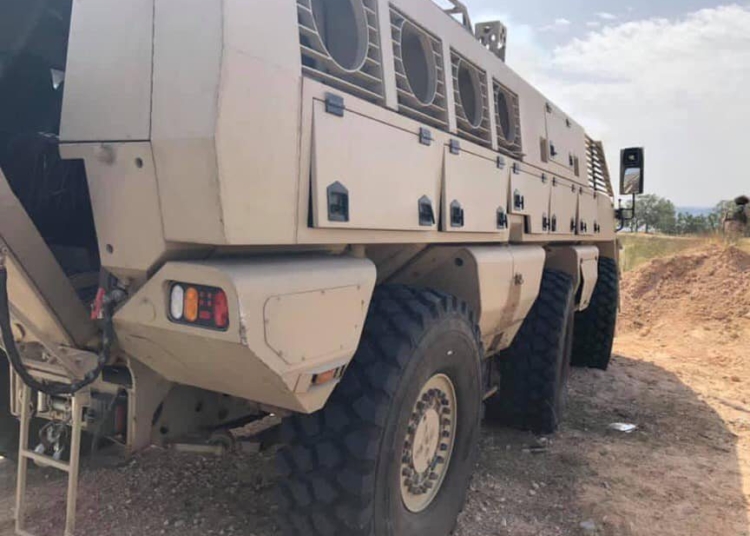 With the arms provided by the United Arab Emirates (UAE) and Egypt, arms which includes aircraft, helicopters as well as various armoured vehicle, Haftar’s forces were gaining the upper hand in the conflict.

Furthermore, authentic reports confirms that Forces loyal to the GNA have pushed into areas previously controlled by the Libyan National Army, following a bloody attack on Saturday against them –  south of the capital Tripoli.

Libyan based military experts who spoke to Military Africa faults the LNA for deploying newly delivered military equipment to the battlefield without proper training and familiarisation with it.

Several heavy and medium weapons were used in different parts of the capital during the clash particularly in the Ain Zara region which might have been used to render some of the Mbombe 6×6 mission killed.

Libya has served as a nexus for human trafficking in which impoverished migrants from Sub-Saharan Africa are taken to Tripoli before being sent on makeshift vessels toward Italy. At this time, some 3,500 migrants are currently stranded in Tripoli.

Though General Haftar recently met in Paris with President Emmanuel Macron, the Libyan strongman has rejected a French initiative for a ceasefire, claiming conditions were not right. Haftar considers that the U.N.-backed GNA government remains “completely infested by militias.”

As the war continues, the United Nations have estimated that more than 75,000 people have fled their homes and 126 civilians have been killed however, not much change is expected until there is finally one united government in Libya.