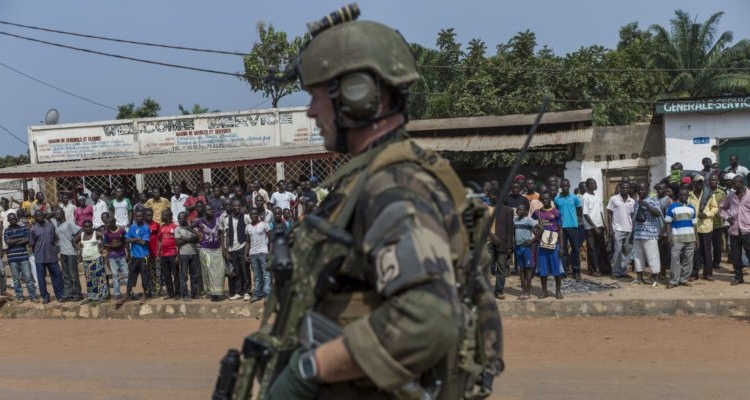 The French Government disclosed that it will continue its current military co-operation with Cameroon even after the United States withdrew some military assistance to Cameroon over allegations of human rights violations by its security forces.

Foreign ministry spokeswoman Agnes von der Muhll said in a daily briefing that “France is bound by a defence partnership agreement it conducts according to international standards.”

“In accordance with international humanitarian law and the law of armed conflict, this co-operation is intended to help Cameroon’s defence and security forces combat terrorism, especially against Boko Haram in the north, while protecting people. This co-operation continues.”

Cameroon security forces which are currently fighting against the dreaded Boko Haram terrorists have been accused of committing human rights violations such as torture, crackdown on political opponents as well as making arbitrary arrests.

Authorities arrested opposition leader Maurice Kamto in January, accusing him of mobilising dissent against President Paul Biya, who has ruled the country since 1982.

Cameroon’s anglophone minority has been requesting greater autonomy since former territories held by the British and French were federated into one central African nation in 1961. These demands have become steadily more vocal since the 1980s.

In October 2017, peaceful protests – calling for the use of English in courts and classes – took a turn for the worse when security forces killed dozens of demonstrators and jailed hundreds more.

The Cameroonian government has denied allegations of systematic human rights violations by its security forces. It says it is open to dialogue but insists that the unity of Cameroon is “non-negotiable.”

A State Department official said the United States decision to terminate some military programmes and halt delivery of certain equipment was to push Cameroon to greater transparency in investigating credible allegations of gross violations of human rights security forces.

France has continually supported the Paul Biya regime by donating several military hardware to the Cameroonian Armed Forces as part of efforts aimed at combating the Boko Haram insurgent group.