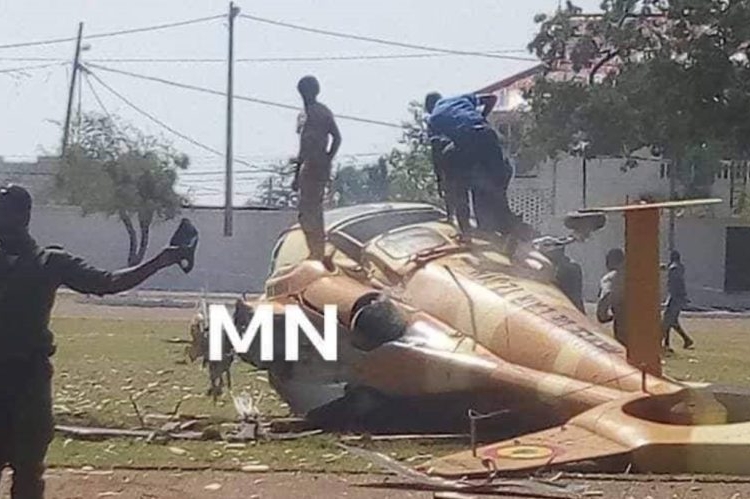 The Harbin Z-9 helicopter was filmed flying low before impacting the ground at high-speed. No crew member was killed or injured by the crash.

The Harbin Z-9 is a Chinese-made utility helicopter, a licensed variant of the French Eurocopter AS365 Dauphin, and is manufactured by Harbin Aircraft Manufacturing Corporation.

Despite this setback, the Malian Air Force would soon receive more aerial platforms. The soon to be delivered aircraft includes Boeing C296W transport aircraft. The Malian Air Force (FAMa) would use the new C295W to supplement the one previously delivered in order to boost logistical ability.∆