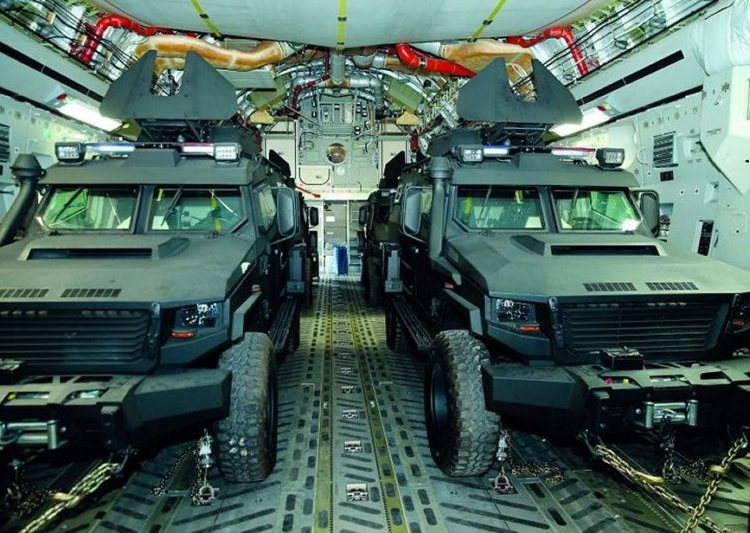 The delivery was received by Brigadier General Moustapha Drabo, director of equipment, finance and transport of the Armed Forces of Mali, and First Secretary Hamad bin Jaber al-Khayarin, charge d’affaires at the Qatari embassy in Mali.

This APCs are part of the Qatari’s efforts to bolster Mali and the G5 Sahel’s efforts in combating international terrorism. Malian Military forces alongside the G5 Sahel coalition are currently battling violent extremism in the Sahel region.

The Storm 4×4 Armored Personnel Carrier is designed by Qatari-based Company Stark Motors based in Doha. It’s chassis is based on the Toyota Land Cruiser 79 Series Pick Up truck.

The armored body of the vehicle provides protection up to CEN B6/NIJ III/STANAG Level I against caliber 7.62×51 mm and 5.56×45 mm. It is fitted with a one-man open-top turret which can be armed with a machine gun up to 12.7 mm caliber.

The Storm 4×4 APC is powered by a Toyota 4.5L V8 Turbo Diesel engine developing 195 hp, coupled to a 5-speed manual or automatic transmission. It can carry up to 10 military personnel including driver and commander.