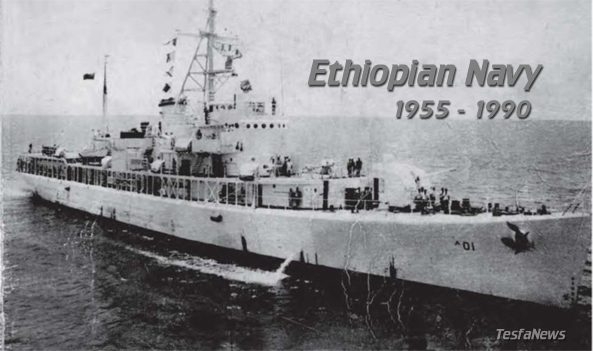 We should build our naval force capacity in the future…

Landlocked Ethiopia, which lost its access to the Red Sea in 1991 now plans to rebuild its navy as part of a wide military reforms. The Ethiopian Navy was disbanded after Eritrea – a province in the country seceded following a three-decade war for independence.

Since then, Ethiopia only maintains a maritime institute on Lake Tana that trains sailors and merchantmen. The institution trains more than 500 marine engineers and electro-technical officers each year and plans to increase this to more than 1,000 officers annually.

According to a report by a local news outlet – Fana Broadcasting Corp., The Prime Minister of Ethiopia Abiy Ahmed disclosed during a meeting with senior military officials on Friday that “Following the efforts made to build capacity of our national defense, we built one of the stronger ground and air forces in Africa,”

He also stated that “We should build our naval force capacity in the future,”

In May 2018, Ethiopia and Sudan signed a deal to give Addis Ababa a major stake in Sudan’s largest sea gateway port of Port Sudan to diversify outlets and reduce port fees. The deal was made two days after Ethiopia reached a similar arrangement over the Port of Djibouti, Djibouti’s main gateway for trade. In this particular agreement, Djibouti would swap shares in Ethiopian state-owned ports, airlines, and telecommunications sector.

What happened to the Ethiopian Navy?

The Ethiopian nation once had a formidable Navy albeit a small one. In 1955, The United Nations join Ethiopia and Eritrea to form one singular country paving the way for the commissioning of the country’s armed forces. In 1958 the Imperial Ethiopian navy was formed and was made an autonomous branch of the Ethiopian National Defense Force.

Read about what happened to the Ethiopian Navy here >>>