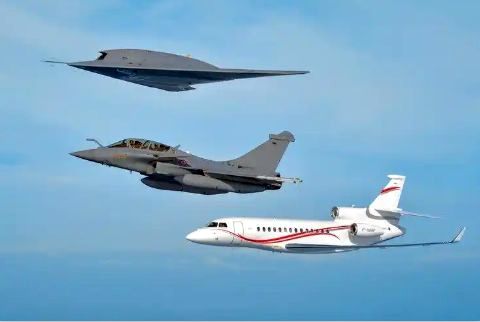 With simmering tensions between Ethiopia and Egypt on the rise as a result of it’s Grand Renaissance dam project on the River Nile, the Ethiopian military is seeking to ramp up it’s aerospace capacity particularly in the transport domain.

The Ethiopian military is believed to have entered talks with France for the procurement of helicopters, missiles, UAVs and aircrafts. A copy of a letter Ethiopian Prime Minister Abiy Ahmed Ali apparently sent to French President Emmanuel Macron was published by Le Point International in November last year. The letter suggests that in line with Ethiopia’s drive to bolster it’s Air Force,

In the letter, dated 22 July 2019, quotes Ali as saying, “I kindly request your support in facilitating a long-term loan through which Ethiopia will be able to procure transport and multi-role helicopters, multi-role transport airplanes, fighter helicopters, multi-role fighter aircraft, strategic and operational unmanned air vehicles/drones, strategic missile complex systems, and electronic jamming resilience capability systems. These procurements also require capacity building of pilots and technicians that will operate the equipment.”

Ethiopia, Egypt, and Sudan have been engaged in a decade-long dispute over waters from the River Nile, which Ethiopia began building a massive 6.4-GW Grand Ethiopian Renaissance Dam (GERD).

According to the Ethiopian Office of the Prime Minister, Ethiopia is scheduled to begin filling the GERD reservoir on the Blue Nile—a significant Nile tributary—within the next two weeks, “during which the remaining construction work will continue.”

The project has attracted several criticism from all the parties involved, in a United Nations Security Council meeting held on June 18, Egyptian Foreign Minister Sameh Shoukry said the Security Council’s involvement is “necessary,” because the “eventuality” of any unilateral action by Ethiopia to begin filling the dam without a legally binding agreement under international law “represents a serious threat to international peace and security.”