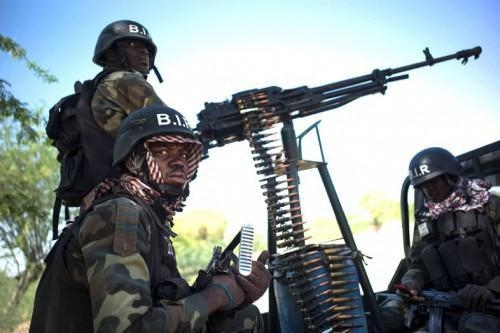 The Chinese government has signed a military assistance agreement with Cameroon, the agreement includes a donation of CFA4.5 million (USD8 million) to Cameroon’s military for the purchase of military equipment. The donation was announced by the said the Chinese Ambassador to Cameroon, Wang Yingwu on behalf of the Chinese government during a meeting with the Cameroonian Defence Minister Joseph Beti Assomo. On 18 July.

According the Cameroonian minister, “Bilateral military cooperation is being reinforced once more between the government of Cameroon and the People’s Republic of China as the Chinese Ambassador to Cameroon Wang Yingwu and the Minister Delegate at the Presidency in Charge of Defence signed a convention worth 4.5 billion francs CFA $7.9 million to assist the Cameroon defence forces acquire some military equipment,”

Pertaining to the military assistance agreement, Ambassador Wang Yingwu stated that the funds would be used to promoting peace and security in Cameroon and also to “reinforce its capacities in peacekeeping and security operations in the region”. As per the agreement, Cameroonian officials will purchase military equipment from China depending on their current requirement for a period of five years.

This unilateral military assistance is quite significant for the reason that Cameroon is presently confronted by multiple threats such as the Ambazonian insurgency in the Anglophone west and Boko Haram Islamist militants in its Far North Region.

Cameroon military officials have been accused of severe human rights violations by Human Rights Watch, this could dampen its relations with the United States which is currently one of the leading military equipment provider to the country. on 7 February, as part of the United States ongoing efforts to combat terrorism in Africa, it donated two Cessna 208 Intelligence, Surveillance and Reconnaissance (ISR) aircraft to the Cameroonian Air Force respectively, units of the US Special Operations Group has been spotted conducting counter-terrorism operations in Cameroon.