Just few weeks after the Namibian high command changed its naval chief in September at an elaborate ceremony held in the Naval Headquarters at Walvis Bay where Admiral Winston Nghipandua took over from Admiral Peter Vilho at the navy has began receiving new vessels to boost it’s maritime presence.

At the ceremony, Admiral Vilho reaffirms the importance of the navy in the Namibian economy and maritime industry, increased in National GDP due to more secure fishing activities and the import and export market. 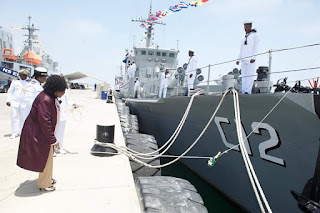 He further tasked the government in investing in the navy and also in engaging foreign international partners. The Namibian Navy became fully operational in 1998.

On Oct. 27, the Namibian Navy commissioned two Haiqing Anti-Submarine Warfare (ASW) patrol ships at Walvis Bay. The event was graced by the Namibian President Hage Geingob along with some important Chinese delegates.

The two vessels, Brukkaros and Daures, are state-of-the-art Haiquing anti-submarine warfare corvette capable of detecting, tracking and engaging underwater vessels. Both ships were donated by the Chinese government in its drive to secure the waters of Southern Africa. 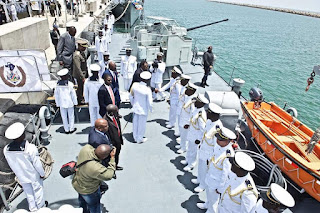 Both vessels would be used to protect the Namibian territorial integrity and it’s maritime resources. The Namibian President thanks the Chinese government for its support and says the ships would be used for its territorial protection, Anti-submarine and anti-ship warfare and for patrol and surveillance against all maritime threats. 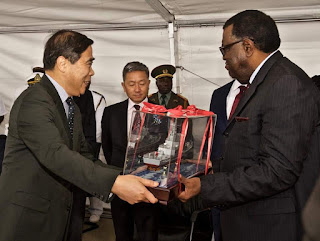