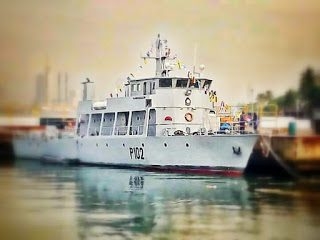 In a world where military technology building capability defines the extent of your country’s overall defense against aggression, the ability to research, design, build and mass-produce a wide range of different combat platforms is paramount.

The growing threat of maritime crimes and vices across the globe screams for the need to enhance the naval policing ability of the various maritime law enforcement bodies all over the world.

Capable navies are usually the pride of a country: its capital warships are the star players– Engaging foreign naval aggressors with impunity, showering the whole combat area with either gunfire or fast sophisticated missiles.

Despite all its sophistication, capital ships are not omnipotent- they cannot do all. For instance, with all its firepower a frigate would find it difficult to tackle sea pirates going 40 knots in a speed boat. This type of threat requires different kinds of ships; lightly armed vessels with powerful engines for a high-speed chase.

Such vessels are highly sought after in substantial quantity and quality but unfortunately the price tag is usually prohibitive.

With this in mind,  the Nigerian Navy began a very ambitious plan to build instead of buy from a foreign supplier an endeavour most likely to benefit the navy and the country in general since it would ultimately be more cost-effective. An added bonus would be the development of the nation’s civil shipbuilding industry.

The NNS Karaduwa (P-102) is a 40 meters naval vessel categorized as a ‘Seaward Defence Boat’ (SDB) a term use to describe a boat capable of operating from the littoral coastal waters down towards the deeper seas. In summary, it is a mid-shore patrol boat something short of a deep ocean-going ship but more capable than a coastal patrol boat.

Dorman Long Engineering was contracted to fabricate the hull and superstructure while the instruments and sensors was done by Blueflag Inc.

It is currently deployed in the volatile Niger-Delta region enforcing the federal government maritime security mandate and showing the flag.