HISTORY
In 2016, the Sudanese Government placed an order for six FTC-2000 Shanying (Mountain Eagle)jet trainer. Subsequently, The Chinese Guizhou Aircraft Industries Corporation (GAIC) recently rolled out the first FTC-2000 aircraft, the FTC-2000 is the export model for the JL-9 jet trainer. The FTC-2000 was unveiled in the company’s Anshur production facility in Guizhou pronvice China on June 5 painted in Desert camouflage scheme.
The GAIC Director General Wang Weifei stated during an interveiw with a local Chinese media outlet- that the Sudanese Air Force is the first and only export customer at the moment although, He also said that various African countries like  Nigeria and Tunisia have expressed interest in acquiring the aircraft. 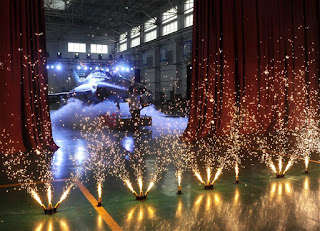 DEVELOPMENT
The FTC-2000 is a heavily modified JJ-7 jet trainer which is the trainer version of the MiG-21 Fishbed. However, the JJ-7 has since been replaced in the People Liberation Army Air Force (PLAAF) service by the JL-9. The Mountain Eagle is a supersonic advanced fighter trainer capable of undertaking light air-to-ground and air-to-air missions. The FTC-2000 was first flown in 13th of December 2003.
The purchase of this aircraft is significant to the Sudanese Air force because they already own and operate a fleet of about a dozen Chinese made Chengdu J-7 fighter  and also a dozen K-8 Karakorum jet trainer. The new FTC-2000 will complement both aircraft in combat and training capacity thereby simplifying logistics and spares. 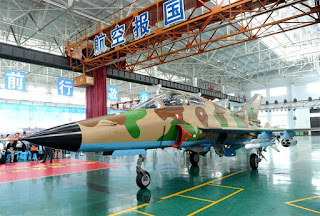