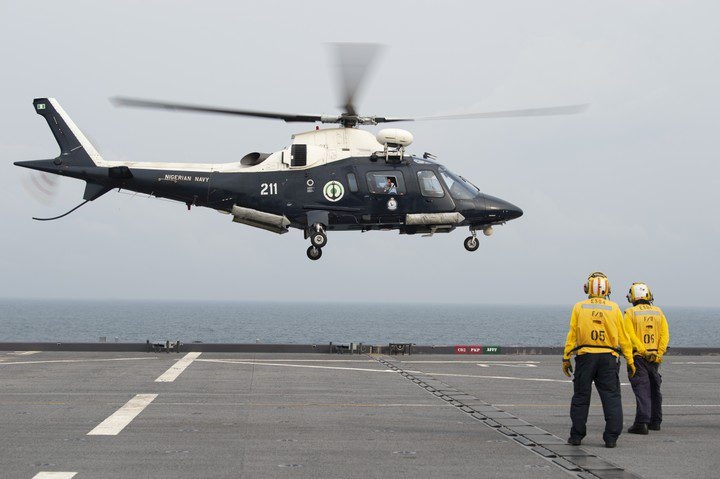 The multinational maritime exercise kicked off its 12th year with 32 participating nations on 23 January, and features both in-port and at-sea training scenarios including maritime operations centre familiarization and exchanges on medical care, search and rescue operations, and boarding techniques, US Naval Forces Europe and Africa said.

“Illicit maritime activity threatens regional development efforts, weakens state security, and robs our African partners of the precious resources upon which they rely for economic growth and effective governance,” said Admiral Stuart B Munsch, commander, US Naval Forces Europe-Africa. “Exercise Obangame Express is an important opportunity to improve our collective capabilities, build trust between our nations, and promote stability in a vitally important part of the world.”

“The exercise is an opportunity for like-minded partners to work together to develop African-led solutions to shared transnational challenges and promote global security.”

“Nigeria, Obangame Express 23’s host, is an important partner of the United States in promoting a peaceful, well-policed Gulf of Guinea. Nigeria also maintains the largest navy in the Gulf of Guinea region and is critical to security and stability in Africa.”

“Obangame Express 2023 reflects the United States’ continued dedication to our partners in the Gulf of Guinea as they strive to secure their people, their economies, and their resources. We are delighted that Nigeria is hosting this military exercise, as we firmly believe that maritime security in Nigeria and its neighbors will lead to greater prosperity for the region as a whole,” said Mary Beth Leonard, US Ambassador to Nigeria.