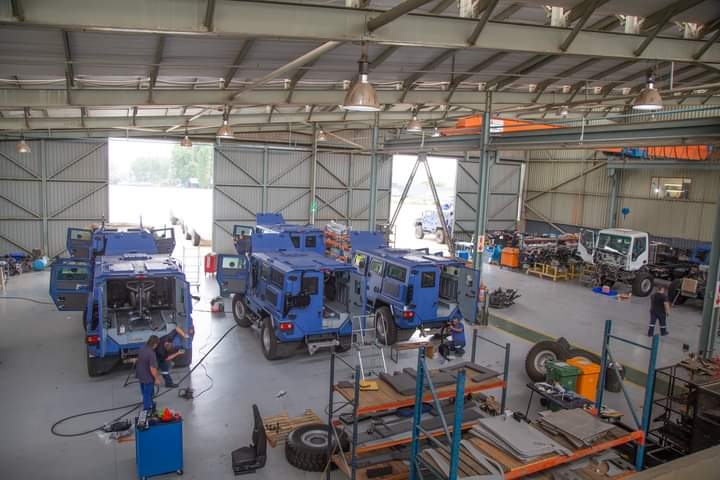 It is not exactly certain how many vehicles the DRC ordered, however, at least 12 of the vehicles are known to have been shipped from Paramount’s vehicle production facility in South Africa to the country.

Having signed a contract with the DRC last year, the South African defence group Paramount is in the process of delivering several dozen troop transport to the Congolese military.

In September, Paramount Land Systems, a subsidiary of aerospace and technology company Paramount Group, revealed that it received two orders totalling 50 units of its Maatla 4×4 light protected vehicle (LPV) during the African Aerospace and Defence Expo 2022, that was held from September 21 to 23.

It did not mention the customers nor the value of the business.

“We are proud to announce full production of the new addition to our family of armoured, protective and security vehicles. Our #Maatla production is backed up by nearly three decades worth of experience.” Paramount said at the time on it social media page.

The Maatla (meaning Power in Setswana) provides ballistic and blast protections to STANAG 4569 Level 1, and can protect against handguns and other small calibre ball rounds. It also provides underbelly protection against M26 hand grenades or a blast equivalent.