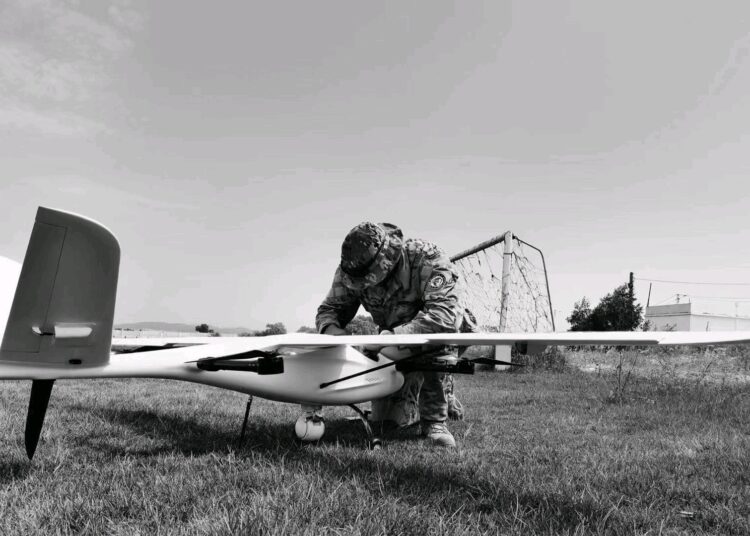 The SS-V330pro "Reconnaissance" adopts a modular, quick disassembly and small and lightweight design, which is convenient for users to quickly deploy and use on site.

The Tunisian National Guard the national gendarmerie force of the Republic of Tunisia and separated from the Tunisian Armed Forces is now fielding the Chinese-made commercial Reconnaissance V330 Pro VTOL drone to monitor its national borders.

Tunisian National Guard, along with Tunisian National Police, is the first line of defense against internal security threat, and to intercept smugglers or rescue migrants across the Mediteranean Sea.

The V330 Pro VTOL drone is a commercially available unmanned system that can be bought through China’s e-commerce site Alibaba. The V330 Pro drone is made by Hubei Smart Seem Technology Co (SMD) and sold for $23,438.00 in the Chinese site.

The VTOL drone is designed for police security, forest fire prevention, border patrol. It was designed to be lightweight, modular, with fast disassembly for rapid deployment. Built with Carbon Fibre and aviation aluminum.

The V330 Pro will help to stem the tide of African migrants trying to get to Europe. More than 23,500 migrants – sub-Saharans, Tunisians and other nationalities – were intercepted between January and September off the coast of Tunisia, according to the Tunisian Forum for Economic and Social Rights (FTDES), an organisation that monitors migration issues.

The drone will join sevral other types in use by Tunisia’s military and paramilitary forces including eight US-made RQ-20 Puma, eight Camcopter S-100 from Austrian Schiebel, 12 Boeing Insitu ScanEagle, and six Anka-S from Turkey.

Tunisia possesses a modest unmanned capability, in early March 2020, Tunisia signed a $240 million contract with the Turkish Aerospace Industry (TAI) for the supply of six Anka medium-altitude long-endurance (MALE) combat drones along with three control stations and an unspecified level of technology transfer.