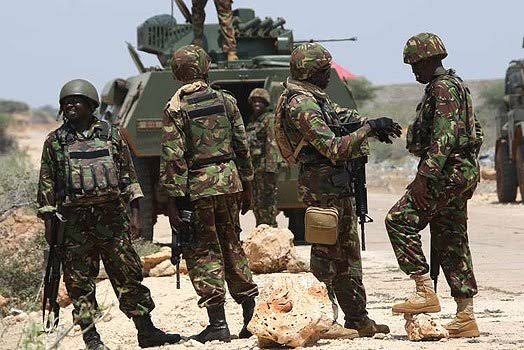 KDF Day is observed annually on 14th October to Commemorate and celebrate the acts of valor and gallantry by KDF heroes and heroines. The Day was first observed in 2012 following the launch of famous Operation Linda Nchi in October 2011.

The event was presided over by H.E Hon William Samoei Ruto, President and commander in chief of the Defence forces of Kenya. This was the President’s first military event since his inauguration on September 13th, 2022.

The president unveiled the monument in honor of departed soldiers, he was then taken through the military static display mounted by the Kenya Airforce, Kenya Navy, and the Kenya Army. After which the new commander in chief was entertained by Laikipia airbase schools and fly-past.

The chief of Defence forces of Kenya, General Dr. Robert Kibochi congratulated the new commander in chief for his victory in the general election and committed on behalf of entire Kenya Defence forces to serve under his command in dedication and fidelity in the fulfilment of KDF constitutional mandate of Defence and protection of Kenya’s territorial integrity and sovereignty.

The president assured soldiers that the new administration will prioritize the welfare of men and women in service, to enable them to deliver their mandate to the nation as well as remaining a leading professional military in the continent and beyond.

The incoming Cabinet Secretary Hon. Aden Duale was appointed by President Ruto and awaits parliamentary vetting before taking his new office at Ulinzi house, where he is expected to oversee formulation of policies that will impact continental and global security spheres.