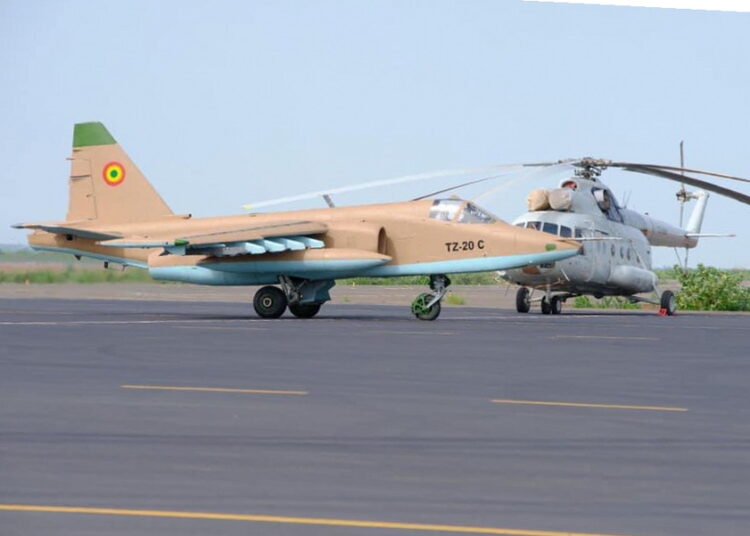 Malian Air Force on 4 October lost its newly acquired Russian-made Sukhoi Su-25 Frogfoot close air support aircraft near Goa airport after a mission, resulting in the death of its Russian pilot, one army personnel on the ground, and 10 other people (two civilians and eight military personnel) injured in the incident.

A video published by Agence France Presse (AFP) showed the Su-25 descending rapidly before crashing in a plume of smoke. The crashed Su-25 is part of a batch of aircraft acquired in July this year which includes four L-39C Albatros light attack aircraft, a single Su-25 FrogFoot close air support aircraft, an Mi-24P attack helicopter, an Mi-8 transport helicopter and a single Airbus C295 tactical transport aircraft. The C295 aircraft arrived on 31 May.

Two Mi-24Ps along with a sole Protivnik-GE/59N6-TE mobile radars were delivered to Mali on 30 March this year from Russia. Mali also recently acquired four Mi-35s from Russia.

The new aircraft were procured to help stem the tide of violent extremists ravaging the country as French Barkhane forces and other European militaries egress from Mali on the behest of the government.