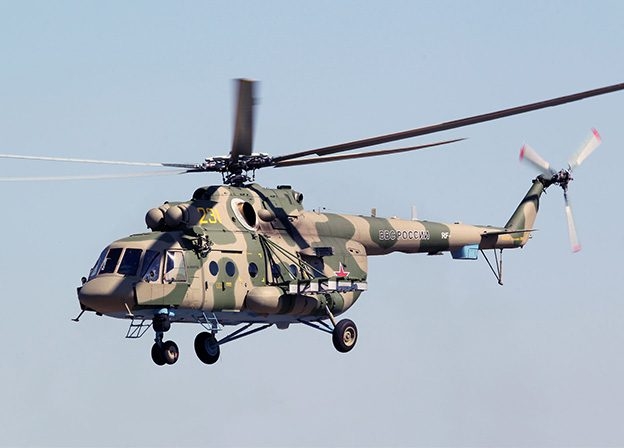 The Congolese Air Force (French: Force Aérienne Congolaise, or FAC) will be equipped with Russian combat and transport helicopters to contend with insurgents.

The DRC’s army is fighting in the restive east where ethnic militias and other armed groups are battling for control near the borders with Uganda and Rwanda. According the United Nations, there are at least 120 armed groups in the DRC’s restive east.

This Friday, the sound of gunfire was heard in the east of the Democratic Republic of Congo, when fresh fighting has erupted on Friday between government forces and the M23 rebels. UN peacekeeping forces were seen heading towards the front line.

The recent fighting has prompted the UN peacekeeping mission (MONUSCO) to increase its “troop alert level” and boost support for the army. More fighting erupted on Saturday morning between the Congolese army and M23 rebels in Kiwanja, which is 70km (43 miles) from the North Kivu capital, Goma.

The M23 rebel was formed in 2012, seizing Goma the largest city in DR Congo’s east, the same year. Later on, many of the M23 fighters were integrated into the national military after a peace deal in 2013.

The group resumed fighting in late 2021, and has since captured swathes of territory in North Kivu, including the key town of Bunagana on the Ugandan border in June.

Since May, M23 has waged its most sustained offensive in years, killing dozens and forcing at least 40,000 people to flee in only a week’s time. Nearly 200,000 people had already been displaced over the past year even before the latest surge in violence.

The new business with Moscow is being met with stiff resistance from European and United States authorities.

Following a visit to Moscow in late August by DRC defence minister Gilbert Kabanda, western diplomats based in Africa expressed concern about a potential deployment of Wagner forces in Congo. However, the president of the Democratic Republic of Congo Félix Tshisekedi in October ruled out deploying Russian mercenaries to to help quell a raging conflict.