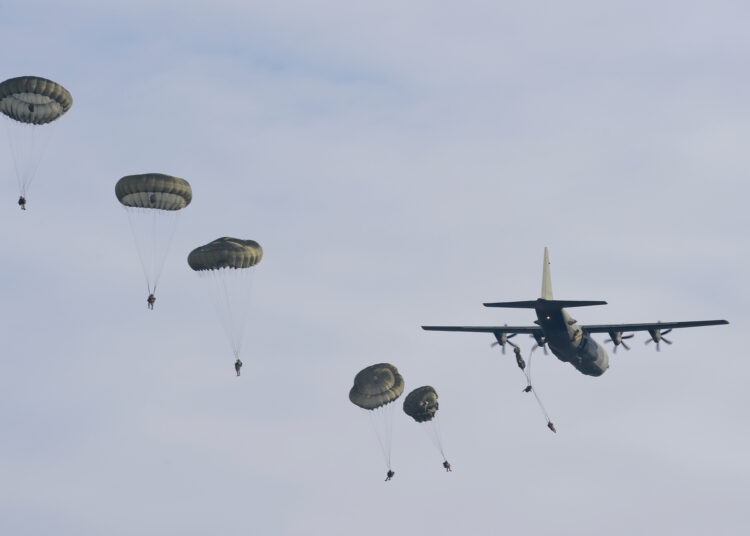 The paratroopers are part of the regular October 1st Independence parade to mark the day Nigeria became an independent country from colonial Britain.

Nigerian Army paratroopers go through rigours of ground training, tactical and jump phases where they did five requisite jumps which included three high altitude jumps, a combat equipment jump, and a night jump.

Nigerian Army paratroopers are trained to exhibit leadership, self-confidence, and an aggressive spirit through mental and physical conditioning.

During the rehearsal in Abuja, eyewitnesses who captured the training in Abuja revealed that it went wrong at some point as some of the paratroopers landed on poles, and trees. This can be attributed to several uncontrollable factors like wind speed and direction.

The Nigerian Air Force on its part will display a wide variety of its aircraft particularly those recently acquired.

This year’s celebration will like see the flight of unmanned aerial vehicles for the first time. Drones like the Wing Loong II, Bayraktar TB2, CASC CH-4, and Yabhon Flash 20 UAV.