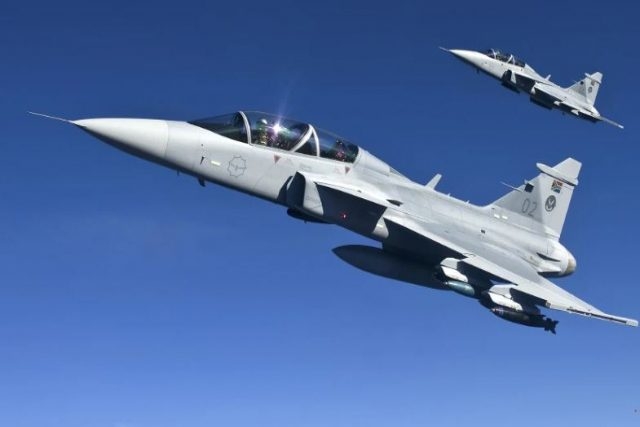 Saab has received a support contract valued at $31 million for the service, repairs and maintenance of the South African Air Force´s Gripen C/D jet fighters. The order value is $31 million over a three-year period.

Original equipment manufacturer Saab was awarded a service and maintenance support contract for the fleet that will run for three years from 2022 until 2025 and covers service, repairs and maintenance as well as minor updates of the support and training systems of the South African Air Forces Gripen system. The contract is worth R532 million over a three-year period, Saab announced.

“I am very happy and satisfied that we have now reached an agreement for a new support contract so that we in the very best way can support our customers with their operational needs,” said Åsa Schöllin, head of Saab’s business unit Gripen Sustainment.

South Africa has been operating Gripen C/D since 2008 and is Saab´s first export customer on Gripen. The SAAF grounded the Gripen fleet in September 2021 due to budget constraints amid a delay in finalising a new maintenance support contract with Saab and GKN as the original airframe and engine manufacturers.

For years, the SANDF has been grappling with severe budget cuts which have been negatively impacting its operational efficiency. The air force has been unable to keep entire Hawk and Gripen fleets flying and opted to place half of the Gripen fleet in ‘rotational storage’ in WaterKloof Air Force base.

At the time, the DoD Head of Communication Siphiwe Dlamini explained that after a lengthy discussion between the South African Air Force (SAAF), Armscor and Saab on the contract concerning the Gripen, the discussions took longer than expected as a result.

The new support contract will make 13 aircraft airworthy again, for over three years – the SAAF had 26 Gripen C/Ds, but one was written off following a ground incident. The remaining 12 will remain in storage.

In 2017, it became known that the South African Air Force (SAAF) has no support contract with Saab to maintain its fleet of Gripen fighter jets as previous support contracts have expired.