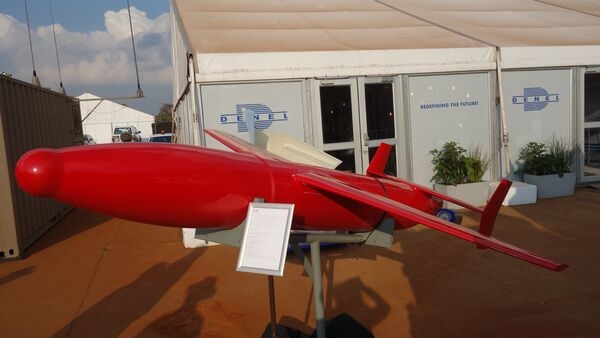 Developed as a low-cost target drone demonstrator under Project Loki

Loki was developed as a technology demonstrator for a low-cost target drone under Project Loki and also to fulfil the requirements of the Armaments Corporation of South Africa (ARMSCOR), the procurement agency of the South African Department of Defence (DoD), and the South African Air Force (SAAF).

Loki can simulate a high-speed threat during surface-to-air and air-to-air ground, air, and ship-based weapons systems. The system weighs around 180 kg, has an endurance of 60–80 min, and can be controlled from a control system from a range of 60 km. The range can be increased with the use of an RF communicator relay station.

The aerial target features high tapered wings with H-tail having a wingspan of 2.45 m and a fuselage length of 3.2 m. Loki is powered by two rear-mounted 400 N TJ40-G1 turbojet engines, enabling it to attain a maximum speed of 340 kt and achieve a maximum altitude of 26,000 ft (AMSL) with a 38 kg payload weight. It can be launched using a hydro-pneumatic launcher designed by South Africa’s Council for Scientific and Industrial Research (CSIR) and recovered using a parachute. The target is fitted with two infrared emitters in the wings, a Luneburg lens on the nose to enhance the radar cross-section signature, strobe light or smoke trail, and flame throwers.

The first flight test of the Loki aerial target is expected to take place at Denel Overberg Test Range in March 2023. As of September 2022, two prototypes are under production.