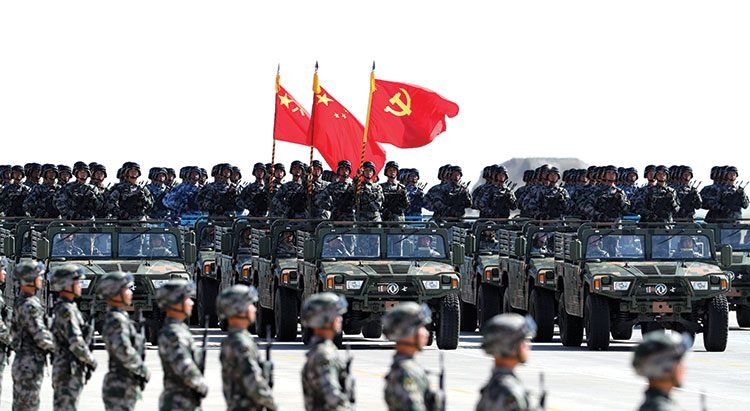 In a hearing of the U.S. House Armed Services Committee, earlier in March, former Commander of the African Command, U.S. Army Gen. Stephen J. Townsend stated the US and planned actions to prevent the formation of the Chinese Naval Base in Equatorial Guinea.

The hearing was held to address national security challenges and U.S. military activities in the Middle East and Africa.

“As a first priority, we need to prevent or deter a Chinese space on the Atlantic coast of Africa,” Townsend stated. The U.S. has recently sent an interagency delegation to that country to discuss U.S. security concerns, he added.

“Modest investments today can yield a continent of partners tomorrow. We are most effective when we synchronize diplomacy, development, and defense.” Townsend stated referring to the 0.3% of the DOD operating budget and manpower being spent on United States Africa Command.

For the past few months, US authorities have been speculating that the Chinese Peoples’ Liberation Army Navy (PLAN) building a military base at the Equato-Guinean mainland port of Bata, according to classified intelligence reports revealed by The Wall Street Journal in December 2021.

“They’re looking for a place where they can rearm and repair warships. That becomes militarily useful in conflict,” said Townsend.

He added that a Chinese naval base in the Atlantic would be unsettling for US military interests, considering the relatively short distance between Africa’s West Coast and the U.S East Coast. A Chinese base on Africa’s northern Atlantic Coast could be its closest to U.S national waters.

China holds a large percentage of foreign debt and also has extended leases on critical infrastructure, including ports and airports in other parts of Africa, Townsend said.

The PLAN already has a naval base in strategically located Djibouti, next to the United States military’s Camo Lemonnier.

As strategically vital as Djibouti is, the US appears even more concerned about the potential for a Chinese military base on Africa’s western coastline. Dr. Freedom Onuoha, a senior lecturer at the Department of Political Science at the University of Nigeria–Nsukka, told Nigerian media that “A Chinese base in the Atlantic Ocean can play a decisive role in cutting off US access to strategic resources from many African states if conflict breaks out in the future. In a situation of intense hostility or great power confrontation in the future, it makes it a lot easier for China’s naval forces to stroll up and down Africa’s Atlantic coastline”.

US defence officials believe the Chinese want a base on the Atlantic coast where they can replenish naval combat units with fuel, ammunition, and consumables as well as create a facility where they can repair warships.

Gen. Stephen Townsend, Commander of U.S. Africa Command, said in May 2021 that “The Atlantic coast concerns me greatly”. His concerns are based on the short distance between the Atlantic’s eastern seaboard and that of the US and are most likely focused on the significant shortening of response times that the US currently enjoys and the potential for Chinese naval units to interdict western trade in the event of the current trade rivalry developing into a cold war scenario (or worse).

It is worth noting that China has a relationship with Equatorial Guinea that stretches back 50 years and its engineers have already made significant improvements to the port facilities at Bata – the largest city in the country.