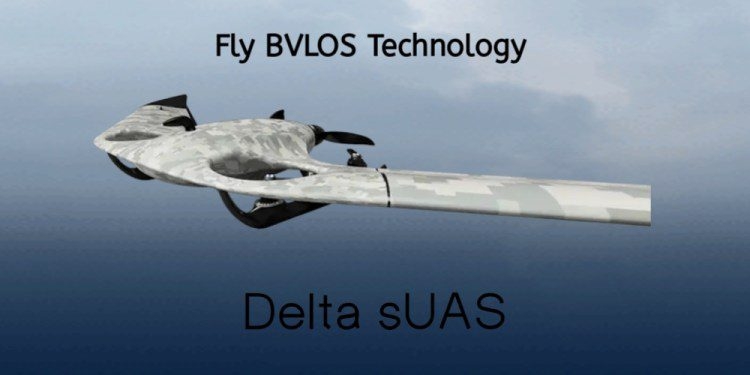 Although both parties have agreed on the sales, Nigeria is yet to sign the sales contract, Fly Bvlos expects the sale agreement to be concluded in the next few months.

Delta is a fixed-wing multirotor VTOL drone capable of autonomous operations, and specially designed to meet the requirements of industrial and government applications.

Delta UAV is among the safest VTOL systems in the world with its multiple-stage safety features like shock absorbing materials, fan-in-wing design, and Quad-Chute safety system.

This sale highlights a continued pattern of procuring manned and unmanned drones from Turkish companies by the Nigerian military.

Nigeria is reported to have ordered Turkish drones although, the exact type is still uncertain, however, informed sources indicate that Abuja opted for either the Bayraktar TB2 or Akinci drone, or even both.

In January, Nigeria and Turkey entered talks on defence collaboration in counter-terrorism support as well as the acquisition of various military hardware which may include attack helicopters, armed drones, and other infantry systems. A team from the Turkish Defense Establishment would meet its Nigerian counterpart in Abuja for the 5th Turkey-Nigeria Defence Industry Consultation Meeting.

At the meeting, leading Turkish defence companies pitched their hardware to the Nigerian military leadership in a bid to make some sales including TUSAŞ, OTOKAR, Roketsan, BMC, Tais Shipyard, Katmerciler, ASELSAN, TAI, and 10 others.

The delegation was led by Savunma Salihi Sanayii where they met with the Nigerian Minister of Defence Major General Bashir Magashi.

Nigeria and Turkey first began talks aimed at improving their defence ties on August 31, 2021, during the visit of the Turkish Ambassador to Nigeria, Ambassador Hidaye Bayraktar paid a courtesy call on the Chief of Army Staff, Lt Gen Faruk Yahaya, at the Army Headquarters, Abuja.

Turkey is training Nigerian military personnel on the operation of its advanced drone systems.