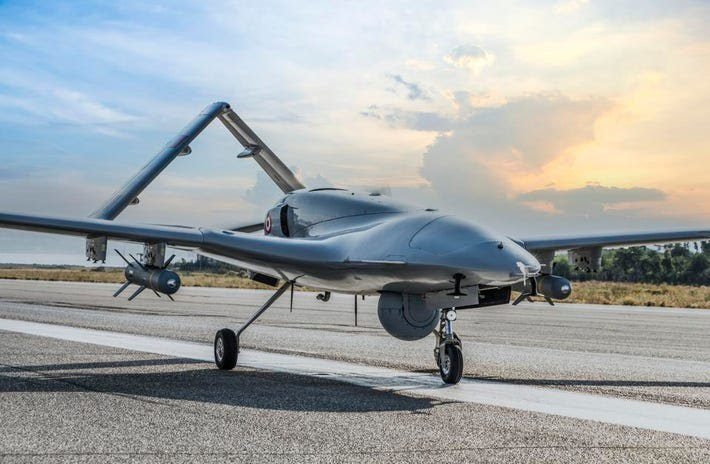 Earlier this month, Turkey delivered a consignment of Bayraktar TB2s to Togo, which is fighting the infiltration of jihadist fighters moving south from Burkina Faso.

Togo plans to use Turkish-made Bayraktar TB2s to monitor its northern part, and to support its fighting forces.

The sale came almost immediately after Turkish President Recep Tayyip Erdoğan met with the Togolese President and others in the Togolese capital Lome in October 2021 to discuss the safety situation and what can be done to improve it.

Last month, eight soldiers were killed in an attack, claimed by the Group for the Support of Islam and Muslims (GSIM), the main terrorism alliance in the Sahel, linked to Al-Qaeda.

On July 1st, 2022 open-source flight information tracked a TB2 drone flight in FlightRadar24. The call sign of the tracked aircraft TB2T297, the speed and altitude indicate that the drone was of Turkish production.

The drone was operating in southern Burkina Faso and northern Togo, which indicates that it is likely a Togolese-owned drone.

Recent satellite imagery reveals that Togolese Air has expanded the runway and apron of Niamtougou airbase, as well as constructed a new larger hanger.

The Togolese air force says the airbase is used for air defence, Aerial Reconnaissance, Fire Support and Search and Rescue.

Before Togo, Niger reportedly received in May 2022 half a dozen Bayraktar TB2s for its military operations against insurgent groups in the Sahel region south of the Sahara Desert, and around Lake Chad.

Other African customers have Djibouti, Libya, Ethiopia, Morocco, and Tunisia, while Angola has also expressed interest.