ROSOBORONEXPORT is Russia’s sole state agency for export of the full range of defense-related and dual-use products, services and technologies. It is part of Rostec State Corporation. Rosoboronexport is among leaders in the global arms market. Rosoboronexport accounts for over 85% of Russia’s exports of arms and military equipment. Rosoboronexport cooperates with more than 700 Russian defense industrial enterprises and organizations. 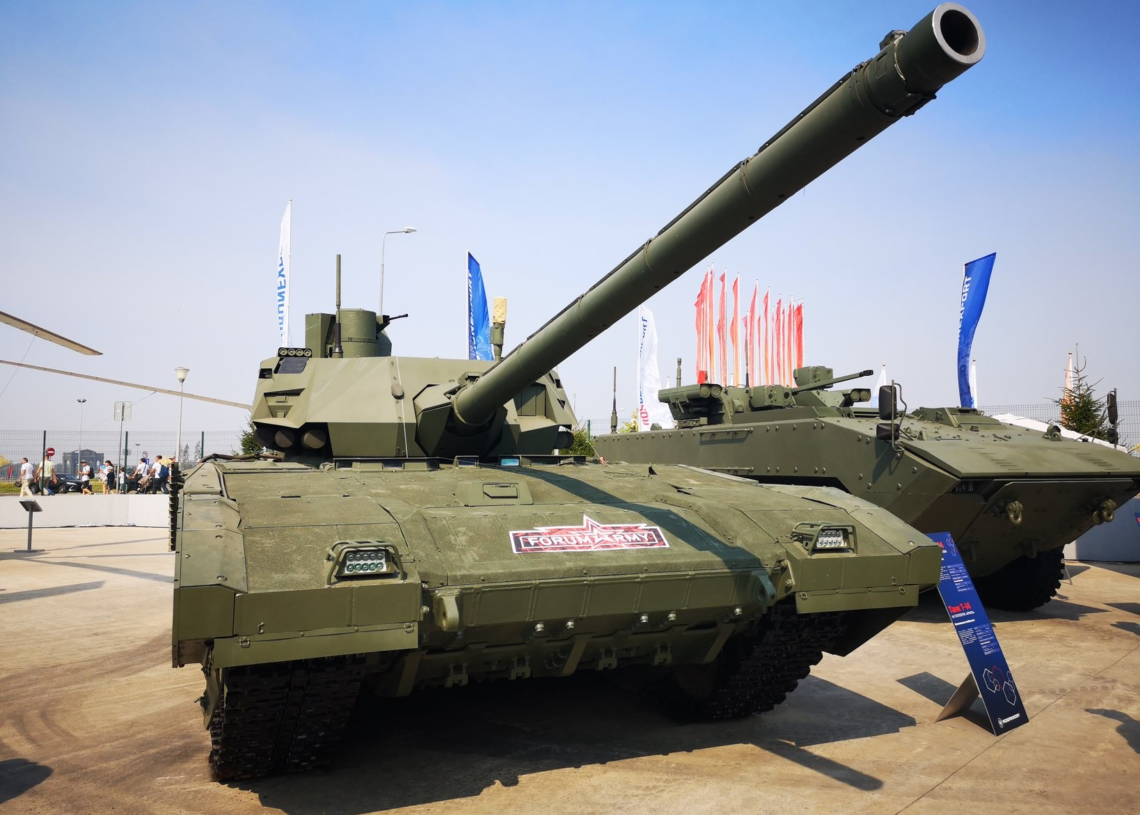 During the business program of the VIII Army 2022 International Military and Technical Forum, Rosoboronexport JSC (part of Rostec State Corporation) received more than 70 delegations from 50 countries and presented more than 200 products from Russian defense companies in 6 exhibit areas. The total area of the Rosoboronexport’s exhibit display was about 1,700 square meters.

“In 2022, Rosoboronexport has organized a rich business program on the sidelines of the Army Forum. We held more than 70 negotiations, during which we discussed various military-technical issues with representatives of 30 partner countries. We concluded several export contracts and also laid the groundwork for contracts worth more than $14.5 billion,” said Alexander Mikheev, Director General of Rosoboronexport. “The company made presentations of about 350 Russian products to the delegations of partners who came to the forum. They showed particular interest in the Su-57E fifth-generation fighter, T-14 Armata tank, Ka-52E attack helicopter, Tor-E2 SAM system, Kornet-E ATGM system, and the K-17 Boomerang
wheeled infantry fighting vehicle.

At Army 2022, Rosoboronexport also signed joint programs with leading Russian defense companies to promote their products and services in the external market as well as a cooperation agreement with VTB Bank.

Rosoboronexport conducted a live demonstration of Russian armored vehicles and air defense systems at the Alabino Training Ground according to a scenario developed by the company jointly with the Ministry of Defense of the Russian Federation. Nineteen pieces of equipment, including the BMD-4M airborne assault vehicle, K-17 Boomerang IFV, and the BTR-82AT APC, demonstrated their running and firing capabilities in 9 tactical episodes.

A video announcement of the exhibition, dozens of video reviews on weapons, military and special equipment, and a virtual tour of the exhibit display in VR mode are available on Rosoboronexport’s digital platforms on the Internet. Rosoboronexport took part in the X Moscow Conference on International Security, as well as in the work of inter-governmental commissions with 5 partner countries of the company.

Rosoboronexport was awarded the Main Prize of the VIII Army 2022 International Military and Technical Forum by the Ministry of Defense of the Russian Federation for its great contribution to the development of the Forum.