Proforce Limited has signed a Memorandum of Understanding with the National Space Research and Development Agency NASRDA on Wednesday, 3rd of August, 2022 at the Obasanjo Space Centre in Garki, Abuja.

This is in furtherance to the ongoing discussion and newly-formed partnership between both agencies towards exploring opportunities in space technology and developing the sector.

Present at the occasion were representatives of both organizations. The NASRDA team was led by the Director General of NASRDA, Dr Halilu Shaba Ahmad while the CEO of Proforce Limited in the person of Engr Ade Ogundeyin led the Proforce team. Dr. Halilu Shaba Ahmad used the opportunity to talk about the potential and future of launching a satellite in Nigeria.

Furthermore, Engr. Ade Ogundeyin noted that if the nation possessed a Satellite, security threats such as the unfortunate incident at Kuje prison some time back may have been avoided. He however stated that immediate steps will be taken by both organizations towards achieving the goal of making the Nigerian Government proud. Once accomplished, this will be recorded as a great achievement for the present administration and a win for the citizenry.

Engr. Ogundeyin also commended NASRDA’s response to the partnership as being impressive and particularly for their professionalism, excellence and speed. He attributed this to the great leadership of the agency under the DG while adding that the partnership will be a mutually rewarding one. 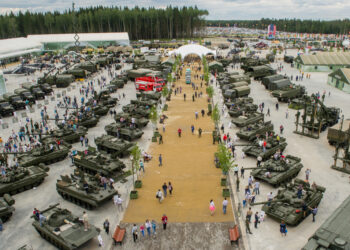 At the backdrop of the current Russo-Ukrainian conflict, Europe's largest country, and military power, Russia, is exhibiting and showcasing its... 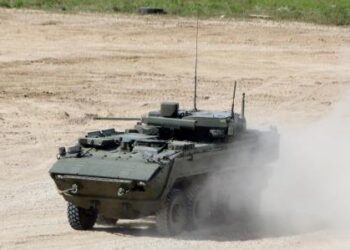 "In 2022, more than 1000 pieces of weaponry and equipment will be showcased on the grounds of the ARMY Forum,...