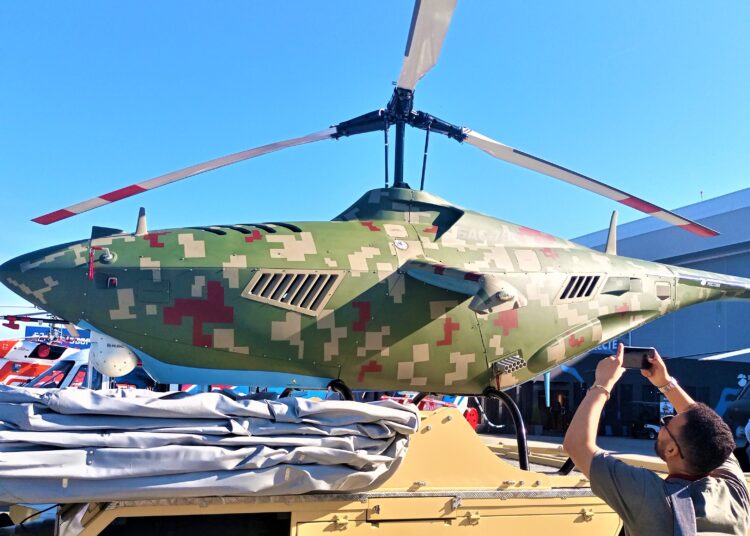 BAS-750 is the larger variant of the BAS-200 drone. It continues the line of multifunctional unmanned systems capable of solving a large list of tasks. These include search operations, geodesy, mapping, monitoring of agricultural land, roads, water bodies, oil and gas infrastructure, power supply lines, communications and pipelines, as well as cargo transportation. The drone is able to deliver cargoes weighing up to 200 kilograms at 180 km/h by air, says Oleg Yevtushenko, Rostec’s executive director.

The system consists of two helicopters with a maximum takeoff weight of 750 kg, as well as two ground control and flight support stations. The autonomous mobile system ensures continuous flight of the rotary-wing drones included in it for up to 6 hours.

Equipped with an optoelectronic system, five day-night all-round cameras, and the ability to return to the point of departure even in the absence of satellite navigation data.