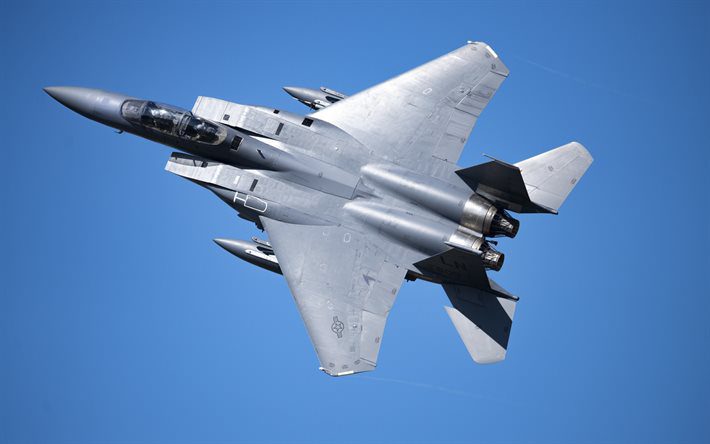 Gen. Frank McKenzie, head of US Central Command, told the Senate Armed Services Committee on 15 March that he believes the US will provide F-15 fighter aircraft to Egypt.

“In the case of Egypt, I think we have good news in that we’re going to provide them with F-15s,” Gen. Frank McKenzie, head of US Central Command, told the Senate Armed Services Committee. It “was a long, hard slog” to get such a deal set up, he added.

Ghana’s special forces train with US and Denmark

General McKenzie who was testifying to lawmakers alongside Gen. Stephen Townsend, head of US Africa Command, about the status of their respective areas of responsibility however did not elaborate on any specifics regarding number of aircraft or price.

Although, according to a new report by the Stockholm International Peace Research Institute, the US being the largest exporter of arms in the world, Egypt has recently imported most of its weaponry from Russia (41%), France (21%) and Italy (15%).

Egypt in 2018 ordered about two dozen Su-35 fighter jets for about $2 billion, an acquisition which did not sit well with Washington.

Five Su-35s were delivered to Egypt in 2020, from an order of 24 Su-35S fighters signed in 2018/19, with delivery to be completed by 2023. Twelve Egyptian Air Force (EAF) Su-35s have been spotted in satellite imagery outside the Komsomolks-on-Amur plant ahead of delivery.

In May 2019, the United States threatened to enact sections on Egypt through the Countering America’s Adversaries Through Sanctions Act of 2017 (CAATSA), if it went ahead with its planned purchase if the Russian built Sukhoi Su-35 superflanker fighter jet.

Pompeo also disclosed during a Senate hearing to review his department’s budget on 9 April. “We have received assurances from the Egyptians that they understand that sanctions will be imposed and I am very hopeful that they will decide not to move forward with that acquisition.

The Trump administration is worried about what it called “Cairo’s deepening relationship with Moscow,” explaining that such a move has “alarmed” the US Government – Egypt’s long time strategic ally.

Manufacture of Su-35 fighter jets for Egypt began in May 2020 at the JSC Sukhoi factory in Komsomolsk Sur Amour in the Russian Far East.

Cairo seemingly reversed its decision to acquire at least two dozen Flanker-Es after the government of Indonesia announced in December that it had decided not to go ahead with its acquisition of Su-35s. Jakarta had plans to buy at least 11 Su-35s for $1.14 billion. Now, Indonesia will acquire either the Dassault Rafale or Boeing BA F-15EX Eagle II. It seems Cairo is also worried about the prospect of CAATSA sanctions.

Egypt had earlier tested the Su-35’s Irbis-E radar (using the first 2-3 Su-35s delivered to Egypt) against the electronic countermeasure system of one of its Rafale jets.

If successful, the sale of the F-15s to Egypt kills the 2018 deal Egypt made with Russia for $2 billion in Su-35 fighter jets.

The Sukhoi Su-35s would have complemented Egypt’s Dassault Rafales which Cairo had signed an agreement with France for the purchase of 30 additional Rafale fighter jets worth 3.75 billion euro ($4.5 billion) to complements the 24 Rafales acquired six years ago.