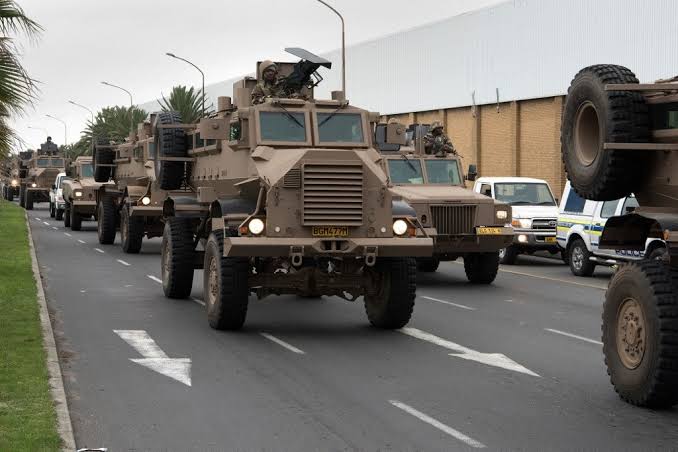 Close to a hundred Cuban military mechanics and technicians from the Caribbean Island nation’s military have refurbished and repaired more than 10,000 Samil and similar vehicles of the South African National Defence Force (SANDF).

Over R277 million have been spent on repairing and preserving military vehicles, Parliament’s Joint Standing Committee on Defence and Military Veterans (PCDMV) was informed.

Brigadier-General BG Mtsweni of the SA National Defence Force (SANDF) Logistics Division’s SA Forces Institute (SAFI) outlined in a presentation to the committee about the 10-year life to date of the Cuba/South African defence bilateral agreement.

Around 7,750 SA Army vehicles, ranging from Samil trucks through to Mamba personnel carriers, Mfezi ambulances, and recovery units have been given a new lease on life.

Cuban Revolutionary Armed Forces specialist personnel were deployed at vehicle parks and military workshops sited at, among others, Potchefstroom and Wallmannsthal under Project Thusano for the maintenance, repair, and refurbishment of military vehicles.

The SANDF had earlier complained that it was being charged excessively by local companies for doing the work and there was insufficient in-house capacity. Cuban personnel also mentored and provide mechanic-type training to SA Army Technical Services Corps (TSC) personnel.

However, a total of R277,625,161.40 has been expended on Thusano. Project Thusano director, Brigadier-General Joseph Tyhalisi, explained the presence of the Cubans: “The project was the result of a decline in the core capability of our technical service. In assessing this, we decided to look at what kept the Cubans going through the years of the US trade embargo. Even now, they have vehicles manufactured around 1940 still running. They also manufactured spares and did not rely on supplies from any country.”

The Cuban contingent has, in addition to its numerous taskings across three services, also done skills transfer. This, according to the Ministerial reply, saw 1 386 SANDF personnel forming part of the project’s skills transfer component with 319 of them receiving “official qualifications” and 483 transferred back to and working at their original units.

Additionally, Cubans are helping SAMHS with medical services during the ongoing COVID-19 pandemic as well as, on research, development, manufacturing and installation of combat driving and shooting simulators and automated shooting ranges.

Ghana’s special forces train with US and Denmark