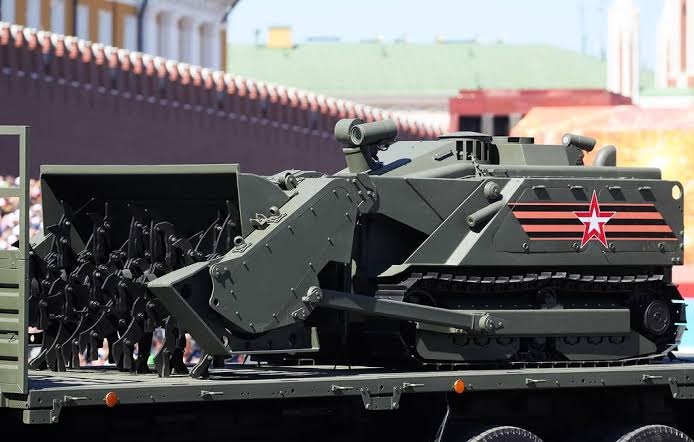 Military personnel from Djibouti are currently undergoing training at the International Mine Action Center (IMAC) of the Russian Armed Forces in Nakhabino near Moscow, the Department of Information and Mass Communications of the Russian Defense Ministry reports.

The Russian military’s IMAC is training servicemen from Djibouti on the Uran-6 mine clearance vehicle.

A group of eight foreign specialists began training has started a training course on ‘robotics and special works’ at the IMAC in Nakhabino near Moscow. The course will last until April 10 say the Russian Ministry of Defence on 24 January.

Training will take place in classrooms and on special sites, according to its results, African servicemen will receive skills in managing the Uran-6 complex. “Uran-6” is a robotic demining complex. It is equipped with several types of trawl, which are used to work with different types of soils.

“The training of foreign servicemen is carried out by experienced teachers of the International Mine Action Centre who have combat experience in mine clearance. The training course will last until 10 April and will end with a final exam with the acceptance of credits and the issuance of a certificate of completion of the established sample,” the Russian Ministry of Defence said.

The Uran-6 is a tracked unmanned demining system based on the Croatian MV-4 Dok-Ing mine-clearing robot. The demining robot can be deployed in mine reconnaissance and area clearance operations to detect and remove explosive ordnance and anti-personnel/anti-tank mines. The operator can control it from up to a kilometre away.