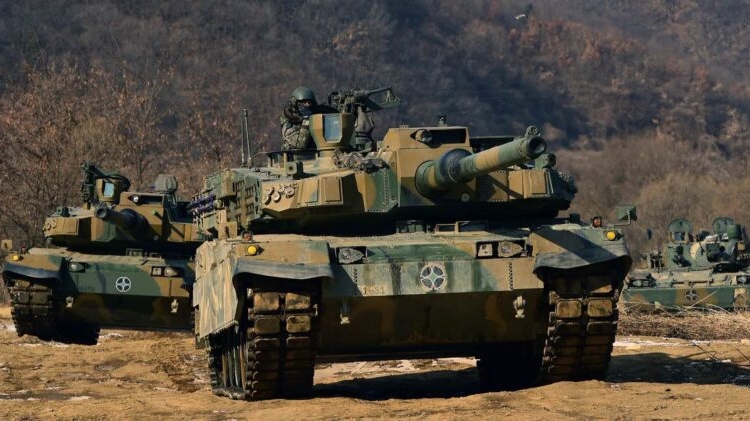 Egypt and South Korea have made significant progress in their joint weapons production negotiations.

President Moon Jae-in told local media on January 20, that South Korea and Egypt are in the final stage of discussions to co-producing the K2 Black Panther main battle tank in Egypt, and the acquisition of the K9 155mm self-propelled Howitzer from Hanwha Defense.

The K9 Thunder is a 155mm 52 calibre tracked self-propelled howitzer developed and manufactured by the South Korean company developed by Hanwha Defense.

The K2 Black Panther is a new generation of Main Battle Tank (MBT) designed, developed and manufactured in South Korea by the South Korean Company Hyundai Rotem. The K2 was unveiled for the first time to the public during the Defense Exhibition ADEX at the Seoul Airport in October 2009.

Discussion by the two countries first began at the sidelines of the EDEX 2021 exhibition in Cairo, where Hanwha Defense showcased a special variant of the K9 155mm howitzer dubbed the ‘K9EGY’ with a desert scheme.

Egypt and South Korea have a history of defence agreements and collaboration with the latest signed in 2019, at the time, South Korea’s Defense Minister Jeong Kyeong-doo and Egypt’s Minister for Military Production Mohamed El-Assa pledged to make active efforts to develop a “mutually beneficial” partnership.

In 2010, K9 was evaluated by the Egyptian military to replace its aging artillery fleet. However, the deal was delayed as the Egyptian government requested a reduction on technology transfer fees, which the Korean government had the ownership, not the company.