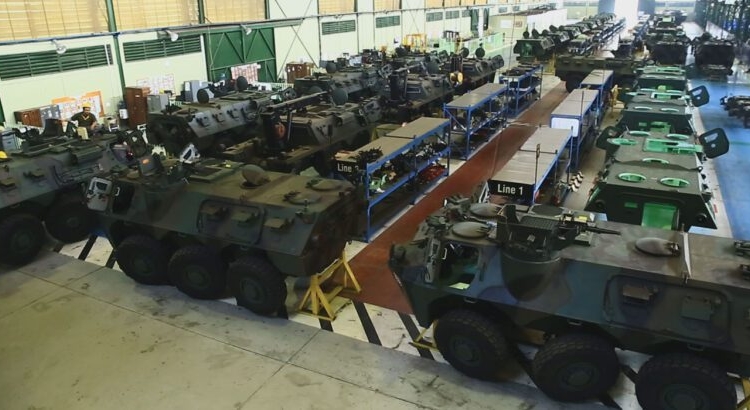 Indonesian is seeking to collaborate with Nigeria in producing indigenous military weapons and aircraft amid fight against insecurities.

Indonesian Ambassador to Nigeria Usra Harahap made the announcement during a recent meeting with executive vice-chairman Mohammed Sani Haruna of Nigeria’s National Agency for Science and Engineering Infrastructure (NASENI).

The Nigerian Ministry of Foreign Affairs has accepted a draft proposal for strengthened bilateral defense cooperation between the countries, which now includes a quotation of weapons and equipment from abuja estimated at $57m.

The NASENI boss added: “Indonesia is assisting us in the development of aircraft, both civil and military, the armoured personnel carrier, and other equipment needed by the military, and of course technologies in the areas of development of fertiliser from locally available resources.

On his part, Dr Harahap said, “We have the same aim, how to build our countries. Indonesia and Nigeria have a reciprocal transfer of technology, which is why on the aspect of technology we try to share, we need to transfer technology on how to build and maintain aircraft, maintenance and spare parts production.

“The Embassy also received an update of quotation of weapon and vehicles for the Federal Government of Nigeria with the estimated value $57 million.

“The Embassy is also aware that NASENI is intent to procure some product from PT. Dirgantara Indonesia such as Aircraft N219, hangar equipment and two helicopters. In this regard, the embassy is seeking clarification for PT. Dl for the estimated value of the products,” said Harahap.

Indonesian weapon manufacturing capacity which is usually overlooked is now slowly appearing on the world’s radar.

Indonesia’s Pindad manufactures the SS1-V1 (based on the FN FNC) since 1991 after securing a license from Belgium Fabrique Nationale d’Herstal (FN Herstal) in 1984. Since then, Pindad has created five variants of the rifle and subvariant modifications.

In 2011, it launched the 4×4 armored personnel carrier Komodo, with around 80 percent of the components made locally.

Likewise, a medium tank was launched in 2017 in collaboration with FNSS Savunma Sistemleri Turkey, and Ghana is negotiating to procure the type.

Also, in 2019, the Ghanaian Ministry of Defence (MOD) indicated an interest in procuring various products like firearms, tactical military vehicles and amphibious vehicles as well as engineering vehicles such as excavators as well as collaborating on joint development of defence products.

PT Pindad is currently expanding its presence with Africa, in November 2019, the company signed a memorandum of understanding (MoU) with Paramount Group for the local development and joint marketing of armoured vehicle systems.

The CN-235 aircraft were retrofitted to carry out maritime duties, and was handed over on 19 March to Senegal’s Air Brigadier General Papa Souleymane Sarr.