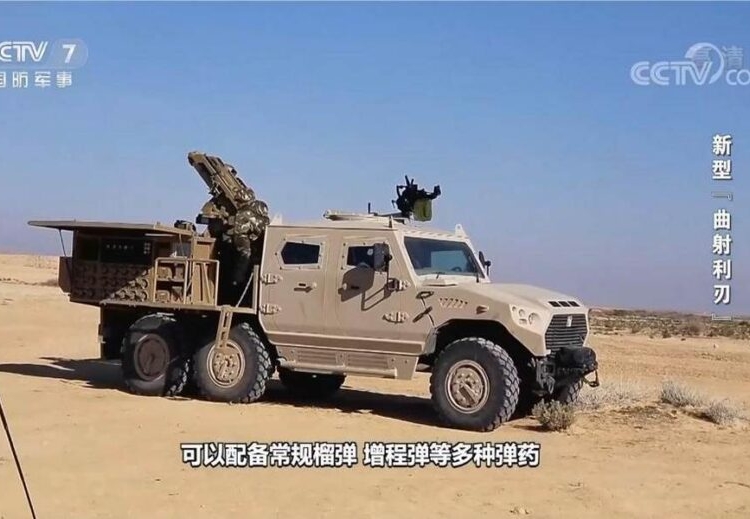 The Algerian Army is receiving a new Chinese-made 120mm self-propelled mortar system mounted on the HAFEET 640A 6×6 tactical vehicle, designed by the UAE-based company NIMR and manufactured under license in Algeria.

The new Chinese 120 mm mortar is manufactured by Chengdu Lingchuan Special Industry and is usually mounted on a Dongfeng Mengshi CSK131 with a 6 × 6.

The mortar is equipped with an inertial navigation system and a battlefield control system. The aiming process involves calculating the coordinates of the target, which takes about 30 seconds.

The 120 m mortar system can easily integrated on light tactical vehicles such as HMMWVs, jeeps and other rapid deployment vehicles, wheeled or tracked.

The Algerian version may have a computerized aiming and navigation system, as well as a recoil reduction system which greatly improves its automation without the need for external reference points.

The NIMR Hafeet class is a family of 6×6 multipurpose vehicles fully designed and produced by the Emirati defense vehicle manufacturer NIMR Automotive. The Hafeet 640 is a 6×6 armored patrol vehicle with a four-man cabin protected against IED, blast, and ballistic threats. The rear part of the vehicle is fitted with a cargo area platform that can be equipped with a variety of mission systems and weapon system loads.