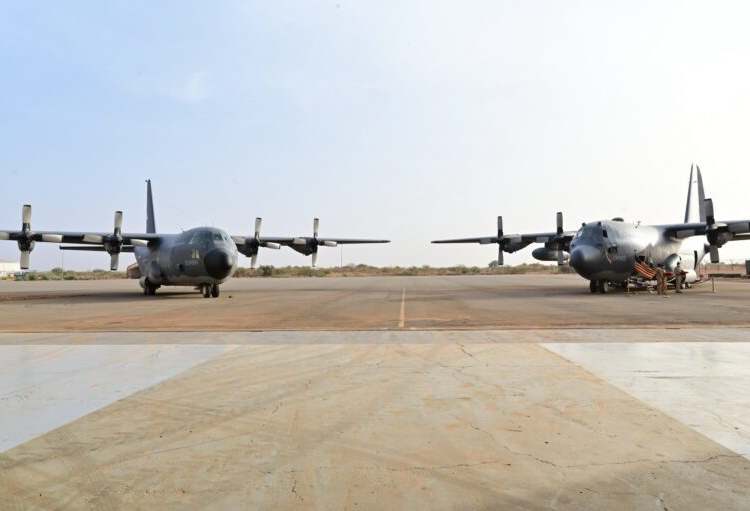 The United States has delivered a second C-130H Hercules transport aircraft to Nigér, a third C-130H will arrive in the first half of 2022.

The C-130H (5U-MMS) was handed over on 7 December, during a ceremony at the Nigérien Air Base 101 in the capital Niamey. The aircraft will be used for humanitarian assistance operations and United Nations troop and vehicle movements.

A C-130H was earlier delivered in January this year. The US plans to deliver three C-130Hs in total to Niger. In addition, the US intends to start construction on a new C-130 hangar at BA101 in order to ensure Niger has adequate facilities to fly and maintain these aircraft.

The United States has trained 16 Nigerien pilots, 19 maintenance personnel, five baggage handlers and a flight engineer. Also, more than $17 million has been injected into the acquisition of critical infrastructure including the renovation of a hangar for the C-130 at Air Base Number 201 in Agadez, according to Ambassador Eric Whitaker.