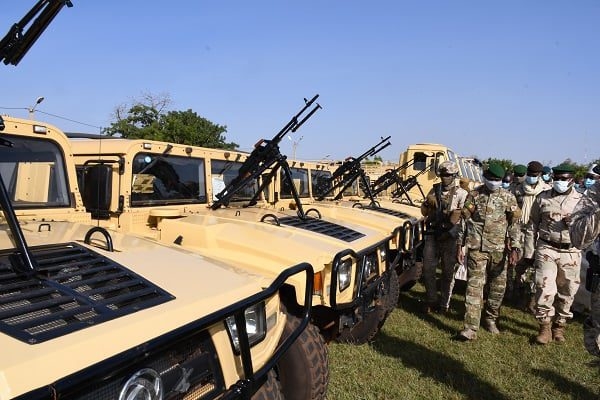 The armoured vehicles were handed over to the Malian Armed Forces (FAMa) during a ceremony on 3 December at the Kati military camp.

“This batch of rolling stock and military equipment is equivalent to the endowment of 16 companies, or four combined arms battle groups,” the FAMa stated. “The lot includes tactical combat vehicles, armoured vehicles, logistics trucks, [and] ambulances, among others.”

The equipment will help restore peace and stability across the region, interim defence minister Sadio Camara said, and strengthens the capabilities of the FAMa.

Mali fields a diverse array of armoured vehicles, many of them donated by foreign countries to help the combat terrorism in the region.

The country already operates the Chinese EQ2050 Mengshi vehicles for reconnaissance and troop transport since at least January 2020.

The Puma M36 vehicles were likely supplied to Mali via South Africa’s OTT Technologies and apparently funded by Germany.