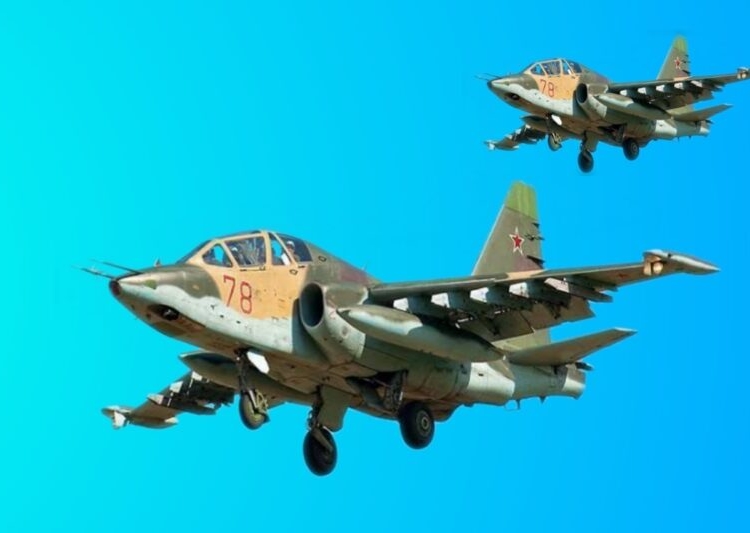 The Ethiopian Air Force (ETAF) appears to have began a comprehensive aerial campaign against the Tigray Defence Force (TDF), after bolstering its capacity, and also to prevent an overrun of Addis Ababa, its capital city.

The ETAF held off its air operations for a long while because of the conditions of many of it’s aircraft, as well as the presence of air defence hardware in the hands of the Tigrayan forces.
The Ethiopian Air Force flies Su-25 Frogfoot, MiG-21 Fishbed, MiG-23 Floggers, Su-27 Flanker fighter jets, and 12 Mil Mi-24/35 attack helicopters supplied by Hungaryin 2013. Most of these aircraft are plagued with serviceability issues.

Iran recently supplied a number of Mohajer-6 armed drones, while there are claims that Turkey is negotiating selling its Bayraktar TB-2 armed drones to Ethiopia.

Also, other media reports have provided information on the presence of Chinese Wing Loong, although these are yet to be confirmed.
The recent refurbishment of several MiG-23s, Su-25s aircraft’s, and Mil Mi-24/35 attack helicopters by private contractors is likely the motivating factor for the new air offensive.

FL Technics, a Lithuanian company is providing aircraft maintenance, repair and overhaul services, and is also supplying aircraft spare parts and components to the Ethiopian Air Force.
Likewise, a military cooperation agreement signed between Russia and Ethiopia in July is helping to transform the capacity of the Ethiopian military in knowledge, skill and technology spheres.

On it’s own, the TPLF does possess a variety of anti-aircraft capable weapons, including rocket-propelled grenades, anti-tank weapons, low-caliber anti-aircraft artillery, and man-portable air-defense systems which can reach up to 25,000 feet above ground level, this is according to a recent United States Federal Aviation Administration advisory.

In June, the Tigray People’s Liberation Front (TPLF) shot down a Lockheed C-130E Hercules tactical transport aircraft of the Ethiopian Air Force. The downed C-130E Hercules aircraft with serial 1564 (c/n 382-3822), was carrying troops and ammunition to the frontlines when it succumbed to enemy anti-air action, leaving only one of the type in service.

The central government of Prime Minister Abiy Ahmed in Addis Ababa and the TPLF which controls the northern region have been fighting for almost a year in a conflict that has killed thousands of people and displaced more than two million.

With Tigrayan fighters now less than 300km (185 miles) from the capital, the Ethiopian government has declared a national state of emergency amid fears that Tigray insurgents are preparing to march on the capital.

As part of the aerial campaign to prevent an overrun of Addis Ababa, the Ethiopian government carried out a second air strike within hours on the Tigray region on Wednesday.

The second strike was in Agbe in the Temben region some 80 km (50 miles) west of the regional capital Mekelle, targeting a military training centre and heavy artillery depot, government spokesperson Legesse Tulu said.

That came after a morning air strike in Mekelle, the third this week. Tigray Television said the attack targeted the centre of the city while the Addis Ababa government said it targeted buildings where Tigrayan forces were repairing armaments.

On the Gashena front, the ENDF and Amhara regional forces launched large attacks after probing the area over the past week. Breaking through the lines at Arbit and into Gashena. Two tanks were captured, both T-55s.