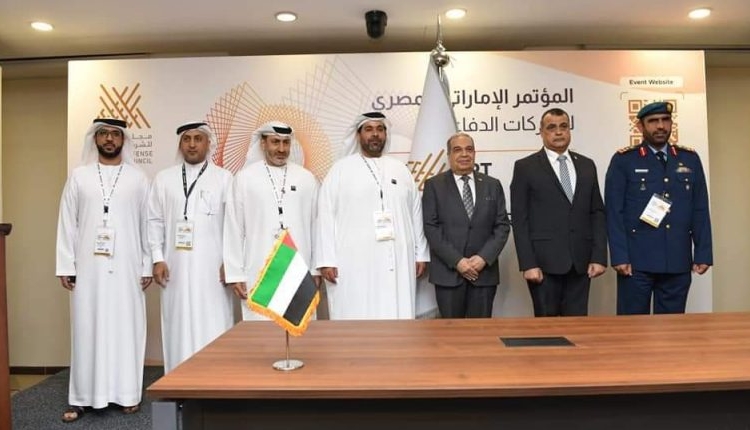 Defense Minister Mohamed Zaki had a meeting on Tuesday with UAE Minister of State for Defense Affairs on means of boosting military cooperation and exchanging expertise between the two countries’ Armed Forces.

This came on the sidelines of the current edition of Egypt Defence Expo (EDEX 2021) in Cairo which kicked off on Monday, up to December 2.

Morsy indicated that the MoU aims at enhancing cooperation in the fields of defence industries through the exchange of experiences, capacity-building and training in this field and to facilitate the establishment of joint work partnerships and the transfer and localization of industries and technologies.

The meeting took place on the sidelines of Egypt Defense Expo “EDEX 2021”. The exhibition, which kicked off on Monday, will last until December 2.

For his part, the UAE Minister of State for Defense Affairs lauded the distinguished organization of the exhibition, which is one of the most important exhibitions in the Middle East.

The Military Production Minister hailed the Emirati investment in owning sustainable capacity in various industries, whether military industries or the civil industries.

The Chairman of the Board of Directors of the Emirates Council for Defense Companies, Matar Ali Al Rumaithi, expressed the UAE’s interest in strengthening the strategic partnership with various authorities and companies participating in the “EDEX 2021” exhibition, especially military production companies.

He asserted the UAE’s keenness to cooperate with the Military Production Ministry in order to exchange experiences and visions in light of the capabilities available on both sides.

Al Kaabi, has explained that the UAE’s participation in EDEX 2021 comes within the framework of the historical relations with Egypt and given the importance of this event.