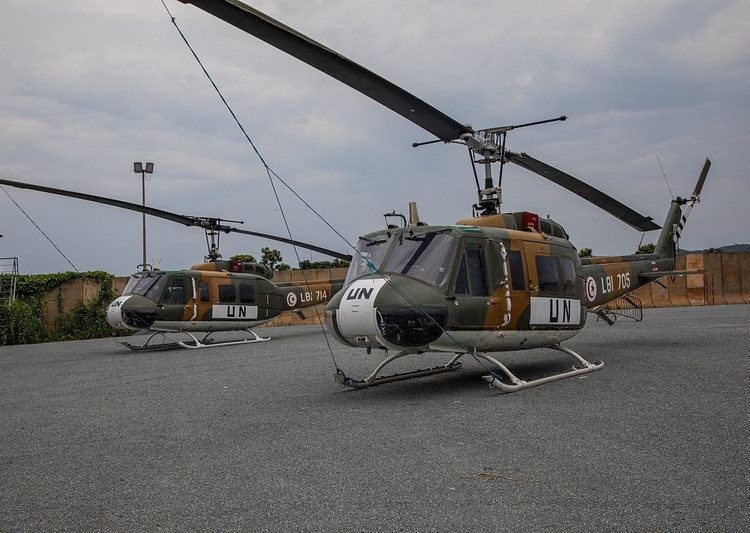 The aerial component of the United Nations Multidimensional Integrated Stabilization Mission in the Central African Republic (Minusca) is being strengthened by three newly arrived AgustaBell AB205A scout and utility helicopters from Tunisia.

The Al Quwwat al-Jawwiya At’Tunisia (Tunisian Air Force) deployed the AB205A helicopters to Bangui on Wednesday, October 13, under the framework of resolution 2566 [du Conseil de sécurité], and they will be used for air escort, search and rescue and rapid intervention till the end of 2022.

Speakers of the Tunisian Parliament in November last year approved the decision to send Tunisian troops to the Central African Republic.

Tunisia is contributing to the UN MINUSCA mission three helicopters, and 120 troops (including pilots and technicians) and a team of Special Forces.

Members of the House of People’s Representatives (HPR), voted in March this year to extend the deployment of a military aviation unit in Mali and to send a helicopter unit to the Central African Republic.

The three AB205A helicopters, with serials L81-705, L81-714 and L81-717, are all operated by 32 Squadron from Bizerte/Sidi Ahmed air base. They arrived Bangui partially disassembled aboard a Tunisian Air Force C-130 Hercules transport.

Since their aarrival in CAR, Tunisian Air Force servicemen and technical personnel have started to assemble them, to make them operational.