Nigeria’s AH-1Z Viper deal is still in the pipeline 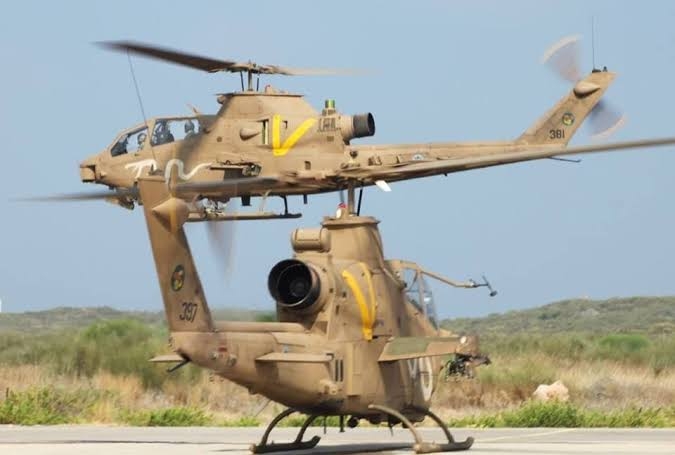 Nigeria’s plans to buy 12 American AH-1Z Viper attack helicopters is still being finalized and will happen in the future.

Nigeria’s Vice President, Yemi Osinbajo, and Foreign Affairs Minister, Geoffrey Onyeama, have confirmed that the attempt by the Nigerian government to purchase the military helicopters from the U.S. is still on the table.

The public confirmation was made during a ceremony in Abuja with the U.S. Secretary of State, Antony Blinken, and Nigerian officials at the signing ceremony for a $2.1 billion development assistance agreement at the Aso Villa in Nigeria’s capital Abuja this November.

The Nigerian Vice President spoke on security cooperation with the U.S., and stating that “the Super Tucanos have been delivered, and of course, we’re looking forward to the helicopters as well.”

Nigeria is facing several security challenges including; an insurgency in the northeast which has entered its 12 years, bandits that now possess enough firepower to shoot down an Air Force Alpha jet, a spate of kidnapping-for-ransom campaigns targeting schoolchildren, as well as a herder-farmer crisis.

The 200 million strong West African nation is known to have requested to buy American military equipment worth some $875 million and comprising of the proven Bell AH-1Z Viper attack helicopter.

The attempt to buy the AH-1Z attack helicopters from the U.S. was largely kept under the radar and away from the public until the Foreign Policy publication surfaced, demonstrating the opaque nature of military acquisition in Nigeria.

However, U.S. Democrat and Republican on the Senate Foreign Relations Committee are delaying the 12 AH-1Z Viper helicopters and other defense systems from being sold to Nigeria citing accusations of human rights violations committed by President Muhammad Buhari administration, a Foreign Policy report on July 27 revealed.

In 2014, former U.S. President Barack Obama’s administration prevented the sale of US-made AH-1Z Viper military helicopters from Israel to the Nigerian government for its fight against Boko Haram, stating at the time that it had to review the sale to determine its “consistency with US policy interests.”

Also, the U.S. had also initially prevented the Nigerian military from acquiring the A-29 Super Tucano light attack aircraft from Brazil.

Apparently the AH-1Z Viper deal is still being finalized, and there’s an ongoing discussion regarding the sale to Nigeria.

“They’ve also been very supportive in the security area, provided a Super Tucano aircraft. We have a slight issue with some attack helicopters, but that’s more on the legislative side and not on the executive side” said Onyeama.

In line with it’s procurement policies, Nigeria seeks to diversify its weapons suppliers to prevent over-reliance on one manufacturer or country. The AH-1Z Viper attack helicopter will join others of Russian and Italian origin, namely Mil Mi-24/35 “Hind“, and Agusta A109 powers light attack helicopters.