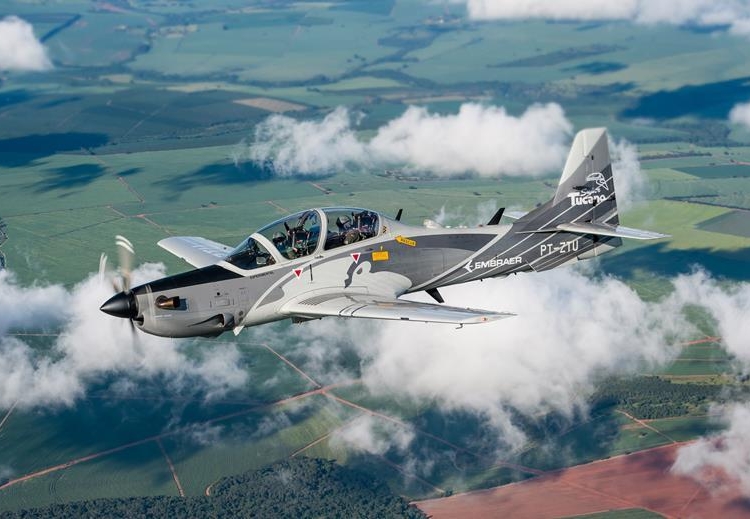 EDGE and Embraer are in talks about integrating weapons systems from the Abu Dhabi defence house’s Halcon subsidiary on the A-29 Super Tucano military trainer and counter-insurgency aircraft.

UAE-based Halcon is exploring opportunities to integrate its systems onto the Embraer EMB-314 (A-29) Super Tucano aircraft, the EDGE subsidiary announced on 15 November.

Halcon specialises in drop-launched, unpropelled precision-guidance kits that can be incorporated onto NATO standard Mk81 and Mk82 warheads. It also makes 5kg to 25kg warheads for its own Desert Sting range. The company noted in a statement released during the Dubai Airshow 2021, chief executive Faisal Al Bannai says it “marks another milestone for EDGE”, which was established in 2019 to consolidate most of the United Arab Emirates (UAE) defence industrial assets under one company and umbrella brand.

Jackson Schneider, chief executive of Embraer Defence & Security, says: “[We] are glad to collaborate with EDGE in order to offer current and future A-29 operators even more operational precision and flexibility [with] the addition of Halcon weapon systems to the aircraft’s weapons portfolio.”