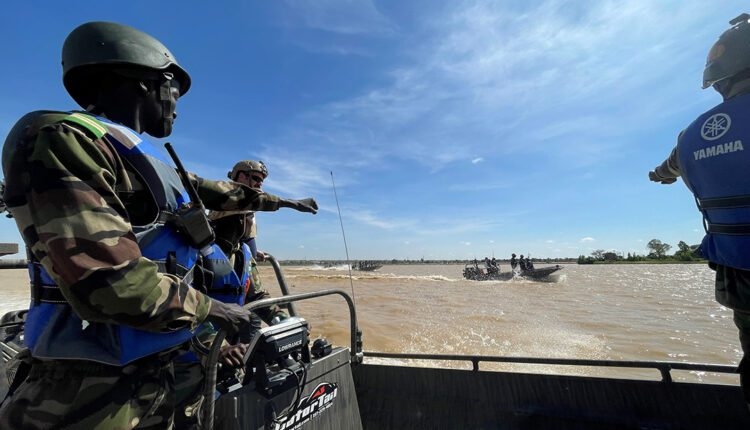 The training which took place on the Niger River was carried out by a mobile team from the U.S. Naval Small Craft Instruction & Technical Training School (NAVSCIATTS), according to the U.S. Africa Command (AFRICOM).

“It was designed to build a force of Niger-based instructors who could train future troops in patrol techniques.” Says Africa Defense Forum on September 29.

“The training was very important to us because our unit is the first of that kind in our country’s history,” Lt. Abdoul Rachid Amadou Abdou of the Nigerien Special Operations Forces Amphibious Company told ADF. “It taught us many skills we needed.”

A Nigerien combat platoon that took part in the training had earlier been part of seven weeks of training exercises in the U.S.

The small-boat exercises focused on building skills needed to stop illegal trafficking along shallow inland waterways. Troops learned how to prevent illicit drugs and other operations centered on counterterrorism and waterborne special operations.

Team members also learned how to insert and extract teams by boat and react to ambushes, Abdoul said.

“The people who took part in the training will put the skills to work to achieve all missions successfully and to teach them to other teammates at the base,” he said.

The waterborne training will enhance Niger’s ability to confront extremists in the shallow waters of Lake Chad as part of the G5 Sahel Joint Force.

AFRICOM is a crucial partner of the G5 Sahel Joint force made up of 5,000 troops from Burkina Faso, Chad, Mali, Mauritania and Niger.

The US had earlier provided a $16.5 million command and control centre, which comprises of a new building, two deployable tactical operations centres, specialised communications equipment and radios.